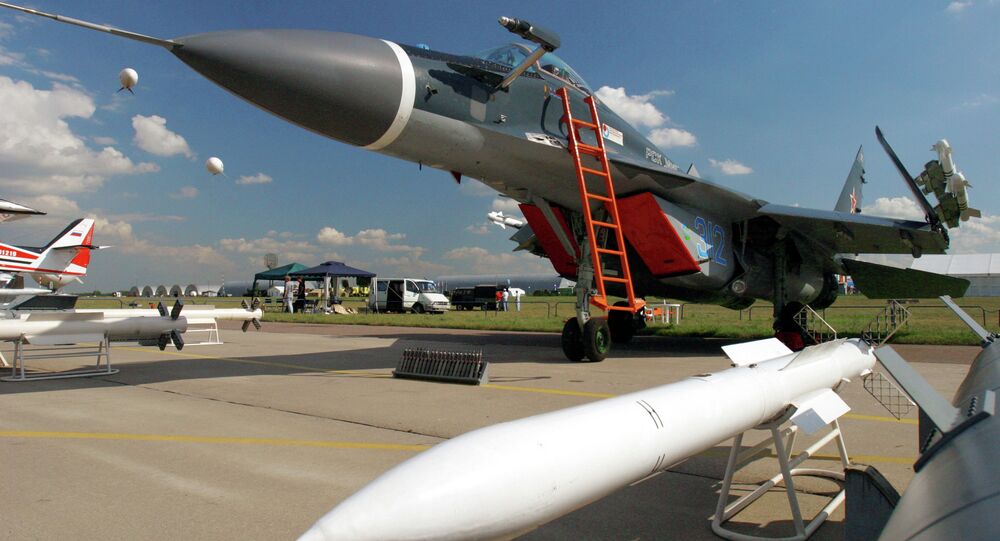 The Russian Defense Ministry signed a contract with MiG in February 2012 for delivery of 20 MiG-29K and four MiG-29KUB fighters by 2015.

The MiG-29K is a naval variant of the MiG-29 Fulcrum fighter jet, and has folding wings, an arrester tail-hook, strengthened airframe and multirole capability thanks to its Zhuk-ME slotted array radar, MiG says.

Unlike the Su-33, which is capable of air defense missions only, the MiG-29K can be armed with a wide variety of air-to-surface as well as air-to-air weaponry and laser-designation systems.

The aircraft is also capable of “buddy” refueling other MiG-29Ks using the PAZ-1MK refueling pod.

So far, the aircraft has only entered service with India, for use on the refitted Russian-built carrier INS Vikramaditya, which was handed over to the Indian Navy on November 15.