The new addition incudes the 18.5 KS-K military shotgun, the SV-99 sniper rifle, and the Vityaz-SN submachine gun. All these weapons are designed for use by special purpose police units.

The weapons were included in Russia’s top arms exports list by presidential decree and were unveiled at the Interpolitex 2013 arms show in Moscow on October 22-25, Kalashnikov’s Yelena Filatova said.

The KS-K shotgun is similar to the Kalashnikov assault rifle in its layout. The weapon has a minimal number of parts and is easy to operate and maintain. Its eight-round detachable magazine and automatic bolt stop significantly increase its rate of fire, the maker says.

The SV-99 is a special purpose 5.6-mm (.22 inch) sniper rifle designed for high-precision fire at ranges of up to 100 meters. It has been developed on the basis of the BI-7-2 biathlon rifle and can be equipped with a silencer that reduces discharge noise levels to that of an air rifle.

The 9-mm Vityaz-SN submachine gun is based on the AKS-74U compact assault rifle. A special magazine housing allows two 30-round magazines to be clipped together for faster reloading. The weapon can be equipped with a laser-designator and a silencer, as well as with optical or collimator sights, the company says. 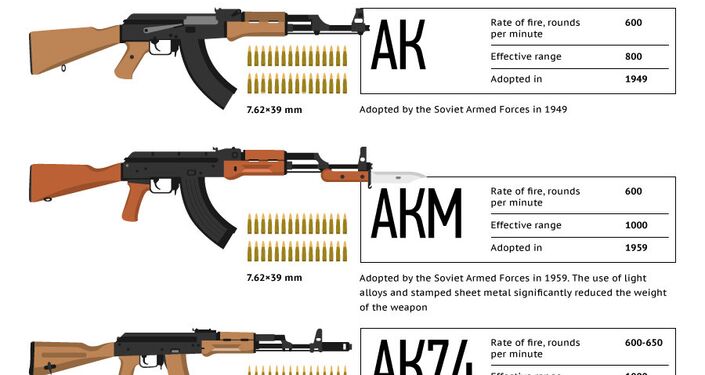 Kalashnikov Concern was officially created in mid-August after the government ordered Russia's Izhmash arms factory, manufacturer of the legendary Kalashnikov assault rifle, to be rebranded and merged with several other defense plants in a national small-arms holding. This includes another Izhevsk-based gun producer, Izhmekh, and some other small-arms enterprises in other cities in Russia.