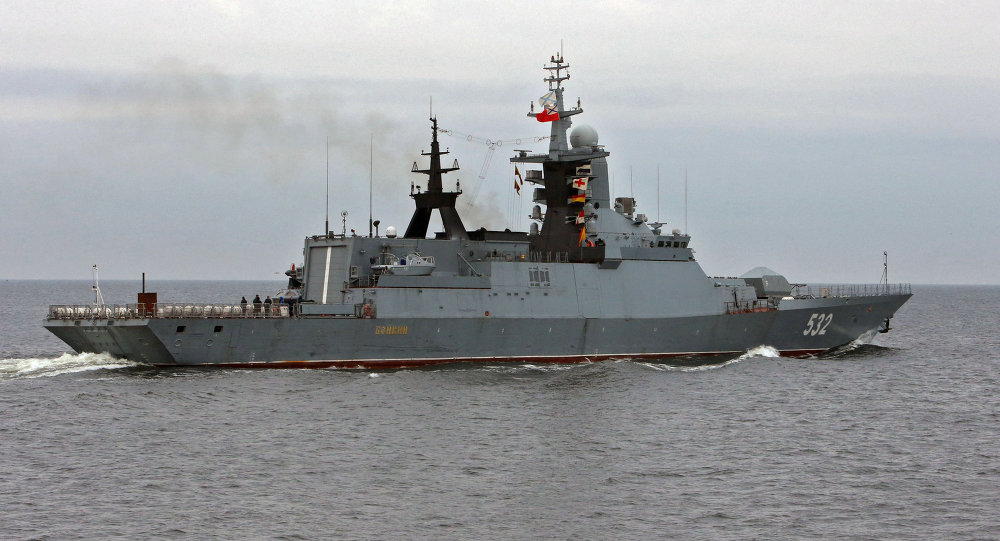 Russia’s newest Baltic Fleet warship, the Project 20380 Boiky corvette, was handed over to the Navy on Thursday, a fleet spokesman said.

KALININGRAD, May 16 (RIA Novosti) – Russia’s newest Baltic Fleet warship, the Project 20380 Boiky corvette, was handed over to the Navy on Thursday, a fleet spokesman said.

The 20380 class, designed by the Almaz naval design bureau and built at St. Petersburg's Severnaya Verf shipyard, is optimized for antisubmarine and surface warfare and support for land operations. The class incorporates stealth technology, which has considerably reduced its radar and infrared signatures.

The Boiky underwent a series of final tests at the beginning of this month, after completing sea trials.

On April 1, the Boiky was sprinkled with holy water in a Russian Orthodox Christian blessing ceremony. A priest blessed the corvette’s hull, weapons systems and superstructures, as well as the ship’s interior.

The 20380 class can be equipped with Kh-35 anti-ship missiles and 3M-54 Klub cruise missiles, Kashtan anti-aircraft gun/missile systems, a main 100-mm gun and two 30-mm close-range air defense guns, as well as torpedo tubes, according to naval-technology.com. It also has a hangar and deck for operating a Kamov Ka-27 antisubmarine warfare helicopter, and is fitted with a Vinyetka-EM towed-array sonar.