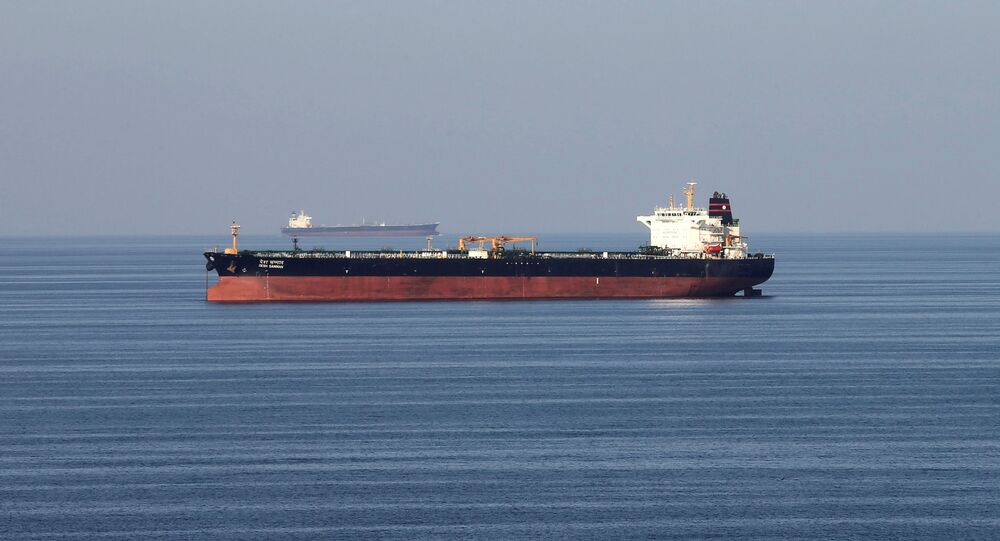 'This Shows Failure of US Sanctions': Iranian President Touts New Oil Pipeline Near Gulf of Oman

The Islamic Republic's oil production has fallen significantly over the past three years after the imposition of tough energy sanctions by the United States, who unilaterally left the Iran nuclear deal in 2018.

Iranian President Hassan Rouhani has announced the opening of the country's first oil terminal in the Gulf of Oman that will allow Tehran to avoid using the Strait of Hormuz shipping route.

"This is a strategic move and an important step for Iran. It will secure the continuation of our oil exports. Today, the first shipment of 100 tonnes of oil is loaded outside the Strait of Hormuz. This shows the failure of the US sanctions", Rouhani said in a televised speech on Thursday, referring to the 1,000-kilometre (600-mile) Goreh-Jaskoil pipeline.

He added that Iran had started "the operation of the export terminal" at the port of Bandar-e-Jask in the Makran region and that "Iran's oil exports will not be stopped even if international maritime passage closes one day", in an apparent nod to the Strait of Hormuz.

Located between the Persian Gulf and the Gulf of Oman, the Strait of Hormuz is a crucial channel that oil producers use to transport crude from the Middle East to markets around the world.

The outgoing Iranian president also said Tehran plans to export at least 1 million barrels per day (bpd) of oil from the new pipeline located on Iran's Gulf of Oman coast, just south of the Strait of Hormuz.

There have been sporadic confrontations between Iran's Islamic Revolutionary Guard Corps (IRGC) and the American military in the Strait, which Tehran has repeatedly pledged to close amid growing US-Iranian tensions.

Tensions have been in place since Washington unilaterally withdrew from the 2015 Iran nuclear deal, also known as the Joint Comprehensive Plan of Action (JCPOA), in May 2018.

Since April 2021, Iran and the Biden aministration have been in indirect talks in Vienna to revive the JCPOA, which stipulates Iran curbing its nuclear programme in exchange for the lifting of most international sanctions.

Tehran insists that right now, the ball is in Washington's court and that the White House should scrap all US sanctions against Iran before the Islamic Republic's return to the JCPOA.