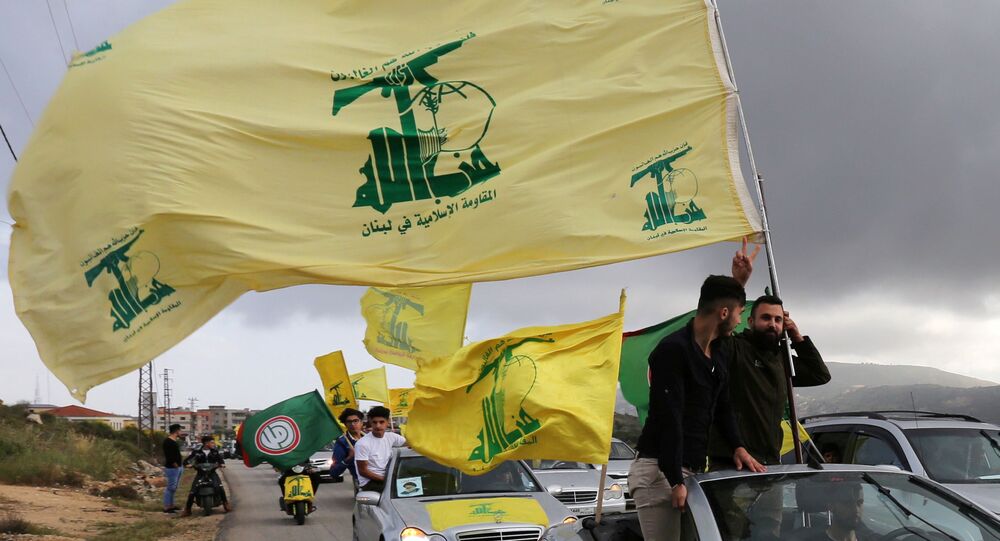 Support for Hezbollah in Lebanon Might be Waning, But it Still Has Chance to Fill Government Void

The Shiite militia has been actively involved in Lebanon's welfare and social services, as well as other institutions. It has even recently started to import food and medications in a bid to assist the poor and gain their support.

The Lebanese Parliament will start consultations to choose a new prime minister on 26 July in yet another attempt to steer the country through its economic meltdown.

Fed up with the System

But Ali Yehiya, a Beirut-based political expert, says the Lebanese public has long lost its trust in the system.

"Most Lebanese citizens look at the developments negatively. For many, this seemingly perpetual negativity has turned into a loss of hope and an inability to ask for, or expect, a real change".

Although Lebanon's economic situation has never really been stable, recent years have witnessed a serious deterioration.

In parallel, inflation rates continue to soar, while the value of the Lebanese pound continues to fall. Minimum wage went down from $400 in 2018 to the equivalent of $30 in 2021, pushing more than half of the Lebanese people to the brink of poverty.

Roots of the Problem Run Deep

Part of the problem was the outbreak of the coronavirus pandemic that sent tens of thousands of employees home. Another problem was the deadly Beirut blast of August 2020 that caused unprecedented damage to one of Lebanon's main ports, shuttering its already fragile economy. But Yahiya says the fiscal issues started long before 2020.

© AP Photo / Hussein Malla
Hezbollah Was on Verge of War With Israel Minutes After Beirut Blast, Field Commander Says
In 2016, Saudi Arabia cut its military assistance ($4 billion) to Lebanon, while over the years the US has imposed a number of heavy sanctions on the nation, partially as a sign of its dissatisfaction with Hezbollah, a Shiite militia linked to Iran, and partially due to its frustration with the corruption in the country.

Now, the West is threatening to ramp up the pressure. A week ago, it was announced that the European Union was considering introducing a so-called "Sanctions Regime" targeting Lebanese leaders, who allegedly didn't do enough to get the country out of its fiscal problems.

An Opportunity for Hezbollah?

But the fear is that the suffocating measures could play into the hands of "smaller and more capable frameworks able to manage regional areas", says Yehiya.

One such player could be Hezbollah. The latter not only boasts impressive military strength, but also a strong presence within the country's parliament.

Previously, it was reported that the group had already expanded a ration card system. Hezbollah started storing fuel and importing such basics as food and medications from Iran, with an eye to helping the poor and the needy and to boosting support for the organisation.

© REUTERS / AZIZ TAHER
Lebanese Finance Minister Reportedly Steps Down Amid Anti-Government Protests Over Beirut Blast
In many ways, their investment in these spheres has borne fruit and over the years Hezbollah has enjoyed the support of Lebanon's population, even non-Shiites.

Yet, as the nation's economic woes continue to deepen, experts say support for Hezbollah will continue to wane. A 2020 poll showed that the fiscal crisis had translated into a significant popularity dive. In 2017, 83 percent of Shiite Muslims viewed the group positively, whereas in 2020 that number only stood at 66 percent.

Hezbollah, however, is not the only one seeing a decline in its popularity. The Lebanese public has become increasingly tired of its politicians, who, so far, have failed to get the country of the crisis and Yahiya says they will need to make painful decisions.

"If a government ends up being formed, it will need to decide to take one of two paths. The first is to establish an industrial and agricultural infrastructure and establish ties with the East... something that could potentially lead to bloodshed. And the second one is to initiate reforms in accordance with the conditions of the international community to gain its confidence and financial assistance that would keep the country afloat".