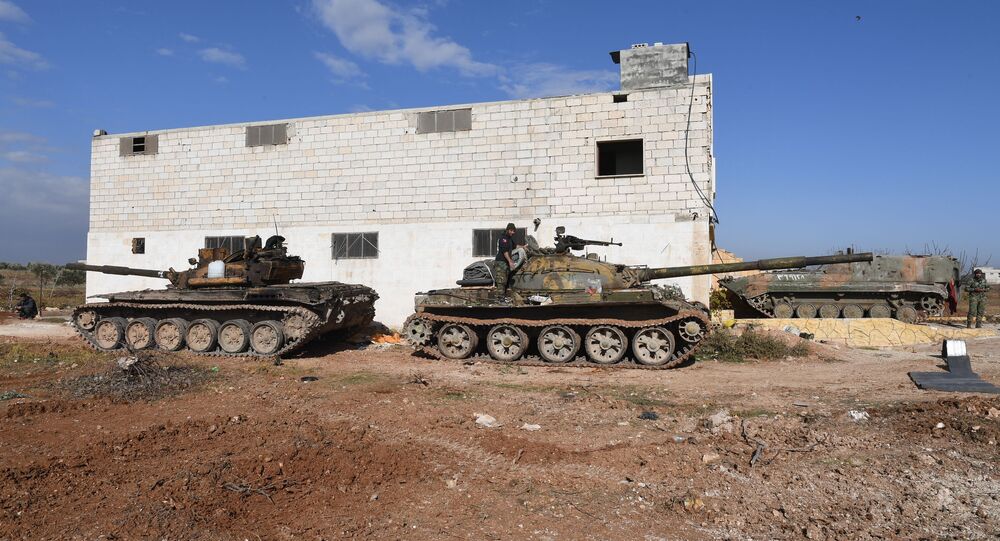 MOSCOW (Sputnik) - Militants on Monday fired 24 shells at settlements in the Syrian province of Hama, injuring 11 civilians, including one child, Rear Adm. Vadim Kulit, the deputy head of the Russian Centre for the Reconciliation of Warring Parties in Syria, said on Tuesday.

“On the evening of July 19, the settlements of Jurin, Akhsam, Naur-Shatkha and El-Barki in Hama province were shelled by militants from the border areas located in the Idlib de-escalation zone. The militants fired 24 shells. As a result of the shelling, 11 civilians were injured, including one child," Kulit said at a briefing.

The mortar shelling of a humanitarian corridor and a checkpoint in the Syrian province of Aleppo occurred on Monday during clashes between illegal armed groups controlled by Turkey, Kulit also said.

He stressed that such incidents create risks of the displacement of civilians.

Seven missiles fired the day before by Israeli F-16s at Syria were destroyed by the Pantsir-S and Buk-M2 systems of the Syrian air defense, Kulit said.

“On July 19, between 23.39 and 23.51, four Israeli Air Force F-16 tactical fighters entered Syrian airspace through the US-controlled At-Tanf zone, and struck eight guided missiles at targets southeast of the city of Aleppo. Seven missiles were destroyed by the Syrian air defense forces on duty with the Russian-made Pantsir-S and Buk-M2 systems," Kulit said.

He added that one missile had damaged the building of a research center in the village of Sfira, Aleppo province.