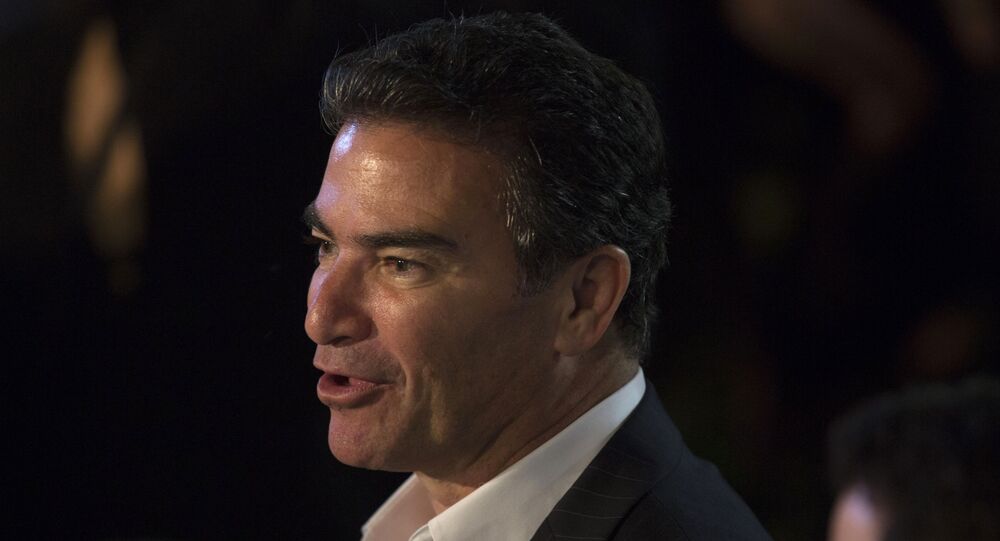 Earlier, Cohen was chastised for a revelatory interview in which the recently retired intelligence chief revealed details about Israel's past operations to undermine Iran's nuclear program and hinted at the country's responsibility for the explosion at the nuclear facility in Natanz.

Yossi Cohen, the former director of the Mossad intelligence service, is accused of sharing confidential data with a flight attendant with whom he has been in close personal contact for the past two years, Israeli Channel 13 reported on Monday.

According to the report, a complaint has been made with the Justice Ministry, which is being investigated by the country's Attorney General Avichai Mandelblit.

Cohen himself reportedly told the channel that he denies any wrongdoing, adding that "there is no flight attendant, there is no close relationship, the attorney general has not contacted me."

In a recent bombshell interview, apart from signaling that Mossad could have blown up Iran's underground centrifuge facility at Natanz, Cohen detailed a 2018 operation in which the Israeli intelligence agency stole Iran's nuclear archive from safes in a Tehran warehouse, and confirmed that Iran's assassinated top nuclear scientist Mohsen Fakhrizadeh had been in Mossad's sights for years.

He also stated that the Iranian authorities must realize that Israel means what it says when it states that it will prevent Iran from obtaining nuclear weapons.

The interview, which is said to be the most revealing ever given by a Mossad chief so soon after his active service ended, was broadcast after Cohen left the office on June 1 and was replaced by David Barnea.

© AFP 2021 / GALI TIBBON
A file picture taken at the Israeli foreign ministry on October 15, 2015, shows Prime Minister Benjamin Netanyahu (L) sitting next to Yossi Cohen, who is currently the head of Israel's National Security Council, and who was named as the 12th head of the Mossad intelligence agency by Netanyahu on December 7, 2015.

Cohen, who was named Mossad's chief by former Prime Minister Benjamin Netanyahu, also stated in the interview that he had not ruled out running for prime minister one day, though he was not considering it at the time.

According to The Times of Israel, Cohen was reserved in several instances, and the interview was reportedly cleared by Israel's military censors, but he talked about his career, philosophy, and significant operations with an openness and depth that is rare for espionage chiefs, especially those whose service has only recently ended.

Even while he led operations against Iran's nuclear program and reportedly helped lead Israel's clandestine ties with Arab states, Cohen, known inside the Mossad as "the model," had an unusually public demeanor for an Israeli spy head.

Earlier this month, Globes news outlet reported that Cohen will be in charge of operations for the regional office of SoftBank, the Japanese conglomerate founded by Masayoshi Son, due to his well-known public persona.