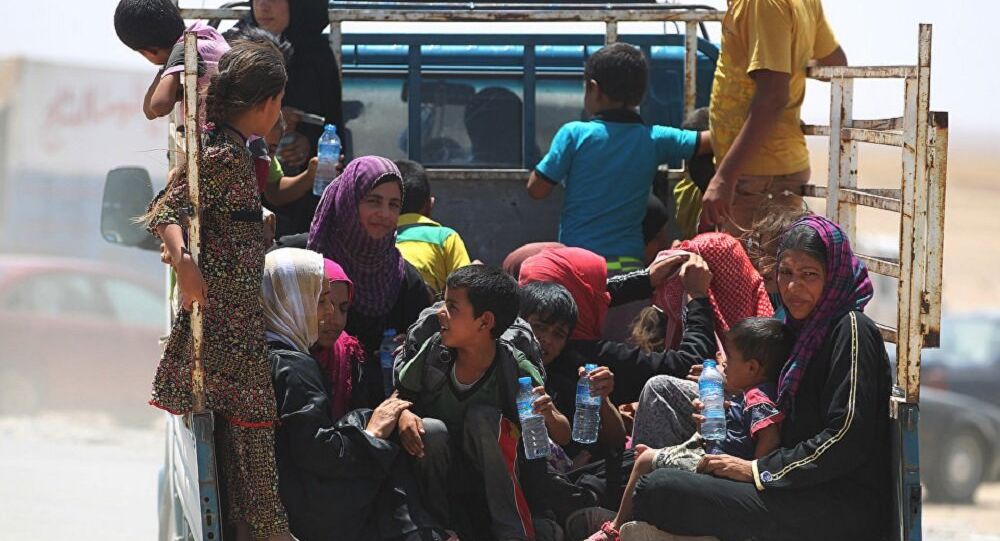 Last in Line: While COVID-19 Rages in Iraq, Refugees Still Waiting for Their Jabs

So far, half a million refugees and internally displaced people living in 95 camps across the nation have received 15,000 inoculations. But an official working in one of the camps says this is only a drop in the ocean.

In the West, many states are racing against time to vaccinate their citizens against COVID-19 as it continues to claim lives, but for most developing countries the future looks even bleaker.

Although in the end of June, the World Bank announced it would invest over $4 billion into the purchase of COVID-19 vaccines that would be distributed among 51 developing nations, the jabs remain out of reach for many.

In Iraq, for example, only one percent of its 39 million people has been fully vaccinated. All of them are Iraqi citizens with access to medical services. The country's 500,000 refugees and internally displaced people (IDPs) dispersed in 95 crowded camps across the nation have been largely neglected.

Speaking on condition of anonymity, an official working in one of the East Mosul camps, located in the north of Iraq, says the vaccination drive among refugees and the IDPs of the area has been insignificant.

"The camp's management together with the Emirati Red Crescent have provided jabs for 15,000 refugees and IDPs. The first dose was administered to them in May. The second one in June."

In the neighbouring city of Dohuk, the United Nations High Commissioner for Refugees has opened the first vaccination unit in the Domiz-1 refugee camp, which currently hosts more than 30,000 people. But the problem is that those donations and initiatives are far too small and are hardly leaving an impact.

Attempts to Contain the Virus

Meanwhile, the number of new cases in Iraq is growing by the day. In June, the nation registered an average of more than 9,000 new patients per day. Over 17,000 people have died from the virus.

The authorities have been determined to contain the spread of COVID-19. The movement between governorates has been restricted. Public offices and private businesses have been asked to reduce their capacity, whereas trade activity has been limited.

Refugee camps have also been asked to adhere to a number of restrictive measures. In the beginning of the pandemic, residents of the camps were not allowed to leave the area unless for urgent reasons, such as a medical treatment, a family reunion or an important meeting with the authorities. They were instructed to avoid large gatherings, especially during times of food distribution or mass prayers. But several months down the line, these and other restrictions have been lifted or eased.

© CC BY 2.0 / Department of Foreign Affa / Chikook IDP camp, Baghdad, Iraq
Nobody Will Survive if Pandemic Spreads in Iraq's IDP Camps - Official
"In the beginning of the pandemic, refugees and the IDPs were not allowed to enter the camps without being quarantined because the fear was that the virus could spread in the camp. Now, however, IDPs come in without being isolated at all," explained the official.

Even though no deaths have yet been reported in the camps, the spread of the virus could wreak havoc on the densely populated area, especially given the fact that other regulatory measures are hardly ever observed.

Personal protective equipment is distributed "from time to time" by private donors and NGOs. Basic hygiene needs are neglected and there is no proper quarantine area.

That is now changing, says the source. "A quarantine area project has already been announced and when it is built, it will cater to the needs of the moderate and severe cases."

But as the project is still under construction, what's left for the refugees and the IDPs of Iraq is the mere hope that COVID-19 will not knock on their door.