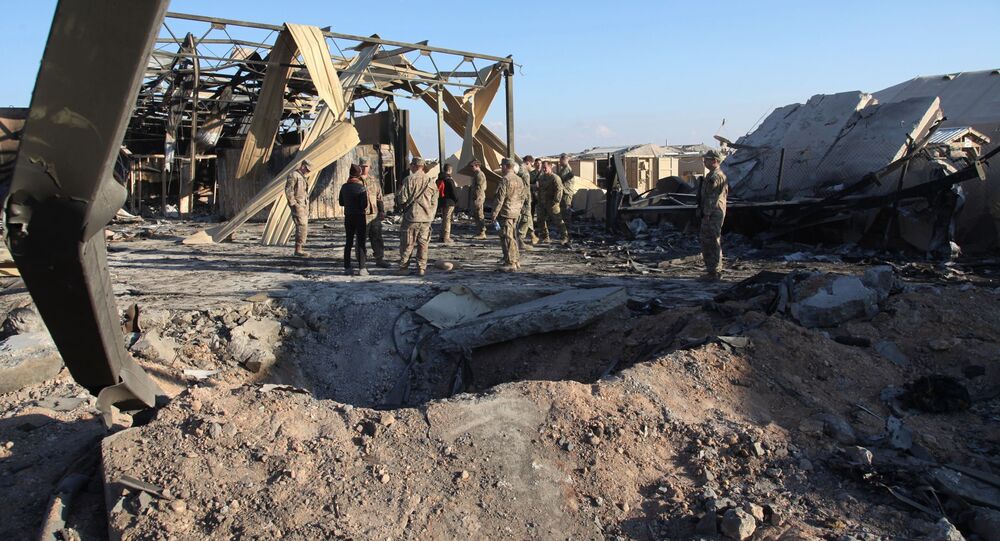 A joint statement issued by American and Iraqi officials in April previously revealed that both parties agreed to the eventual withdrawal of US troops from the Middle Eastern nation; however, the pathway to the military exit was largely based on the time needed to train Iraqi troops to combat Daesh militants.

A dose of confusion was recently dished out, as commentary from the office of the Iraqi prime minister and the Biden administration’s special Middle East coordinator sent mixed messages about a potential withdrawal of American troops from Iraq.

The lack of clarity on a potential troop removal from Iraq first emerged after the office of Iraqi Prime Minister Mustafa al-Kadhimi indicated in a Thursday statement that officials had discussed the “mechanisms for withdrawing combat forces from Iraq” with none other than Brett McGurk, who serves as the special coordinator for the Middle East and North Africa.

The statement, which was obtained by Newsweek, further indicated that Thursday talks between al-Kadhimi and McGurk touched on “moving to a new phase of strategic cooperation that develops the relationship between the two countries and enhances Iraq's security and sovereignty."

Iraqi and American officials pinpointed on “coordination and joint cooperation in various fields, and preparations for holding the next round of strategic dialogue between Iraq and the United States of America," the statement continued, adding that efforts toward "expanding cooperation in the economic, cultural and trade fields” also led discussions.

© AP Photo / Jim MacMillan, File
US Marines from the 2nd Battalion, 5th Marine Regiment, run to a building after detonating explosives to open a gate during a mission in Ramadi in Anbar province, Iraq

However, when the Biden administration was contacted about the developments and timeline for a possible troop pullout, the claims were wholly rejected. An unidentified senior administration official informed the outlet that the statement regarding pulling US soldiers from Iraq were “not true.”

The latest remarks on the subject come months after American and Iraqi officials released a joint April statement that noted both parties were in agreement with the eventual withdrawal of US service members, so long as Iraqi Security Forces were sufficiently given the capabilities to combat any threats from Daesh militants.

Moves to pull American troops out of Iraq were previously undertaken by the Obama administration in 2011 before the emergence of Daesh militants prompted former US President Barack Obama to send troops back to the region in 2014.

Although the Biden administration has worked to underscore the needed alliance between Iraqi and American forces to ensure regional stability, efforts have not been warmly welcomed by all, especially after the US-ordered January 2020 assassination of the Iranian Revolutionary Guard Quds Force Commander, Major General Qassem Soleimani, and Iraqi Popular Mobilization Forces Deputy Chief Abu Mahdi al-Muhandis.

Amid the fallout of the US drone strike that killed the Iranian and Iraqi figures, the Iraqi Parliament voted in favor of ousting US troops stationed across Iraq. At the time, former US President Donald Trump slammed the move and threatened to impose sanctions against the nation.