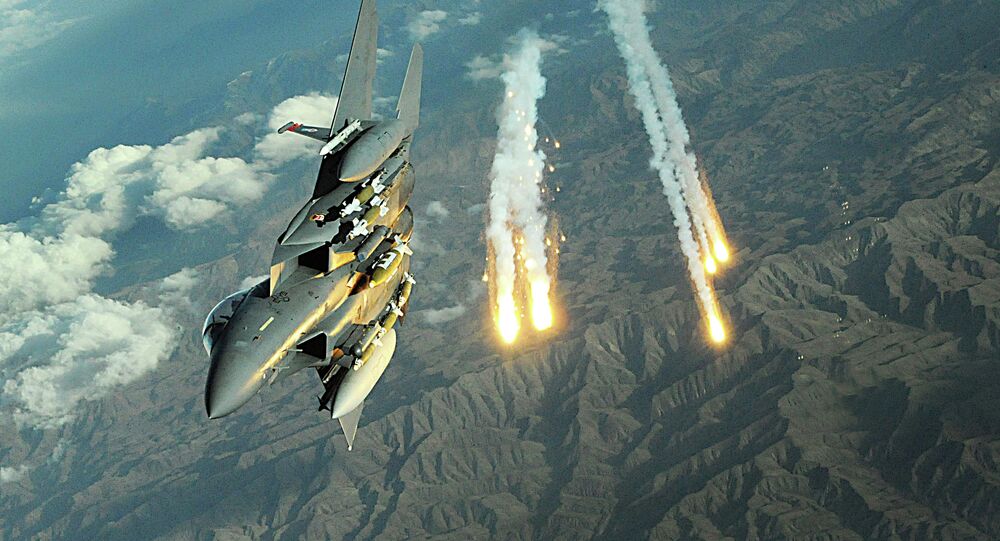 An Iron Dome Rocket Tried to Shoot Down an IAF Fighter Jet During Israel’s May Gaza War, Report Says

In the aftermath of the 11-day war in May, the US rushed to resupply Israel’s stocks of the Tamir rockets used by its Iron Dome system, and in its defense appropriations for fiscal year 2022, Congress has set aside $108 million to help Israel buy more Iron Dome equipment.

Israel’s Iron Dome air defense systems are supposed to defend the country against rockets and mortar fire, but during the intense bombing campaign of May 2021, one of the rockets accidentally went after an Israeli fighter jet flying over the Gaza Strip, according to reports by Israeli news outlets.

According to the Times of Israel, there are two accounts of the event circulating in Israeli media: in one version, the Iron Dome deliberately locked onto the Israeli Air Force F-15 Ra’am flying over Gaza and fired on it, believing it to be a rocket fired by Hamas and bound for an Israeli settlement. In another version, the missile missed its initial target and then went after the F-15.

Either way, the Iron Dome battery operators realized their mistake and detonated the Tamir just moments before it slammed into the Israeli jet, close enough to shower it with shrapnel.

Regardless of which is true, the IAF has confirmed the basics of the story and said it was looking to learn from it.

“This is a complex incident, in which the Air Force is required to intercept rockets and at the same time attack Gaza,” the IDF told Channel 12. “We are investigating the incident to make improvements, as well as continuing to carry out missions for the sake of the safety of those in Israel.”

The IDF made no comment about how the F-15 got targeted, since aircraft are supposed to use friend-or-foe indicators that prevent that kind of friendly fire from happening.

The Iron Dome did manage to shoot down an Israeli aircraft during the 11-day war: a Skylark hand-launched reconnaissance drone met its end in a bit of friendly fire, the IDF told Haaretz.

The Tamir missile fired at the F-15 uses a proximity fuse to detonate its 35-pound warhead when it gets close to its target. It’s unclear how much damage it could have done to the F-15, but where it struck would have been of great importance. The Skylark drone it shot down weighs just 15 pounds and Hamas’ Qassam rockets aren’t much bigger, whereas an F-15 weighs an estimated 45,000 pounds.

The jets can take quite a beating, too, as the IAF well knows. In one incident during a training mission in 1983, an F-15 collided with an A-4 Skyhawk over the Negev, shearing the F-15’s starboard wing almost completely off. Nonetheless, the pilot returned to base and made an emergency landing, albeit at twice the typical speed in order to maintain lift, and the jet was later repaired and flew again.

Israel fired thousands of Tamir rockets during the 11-day war in Gaza, which lasted from May 10 to May 21. Airstrikes began after Hamas, which governs the Gaza Strip, fired rockets at Jerusalem in solidarity with Palestinian protesters there, who were demonstrating against Israeli police actions at Al-Aqsa Mosque and in the several Palestinian-majority neighborhoods where Jewish settlers are trying to evict Palestinian families. Israel responded with airstrikes on Hamas positions, and Hamas responded with more rockets, targeting other Israeli cities, as well.

The vast majority of the rockets were intercepted by the Iron Dome, but hundreds still got through, and 13 people were killed in Israel. In Gaza, which has no air defenses to speak of, Israeli aircraft bombed with near-impunity, and more than 250 people were killed.