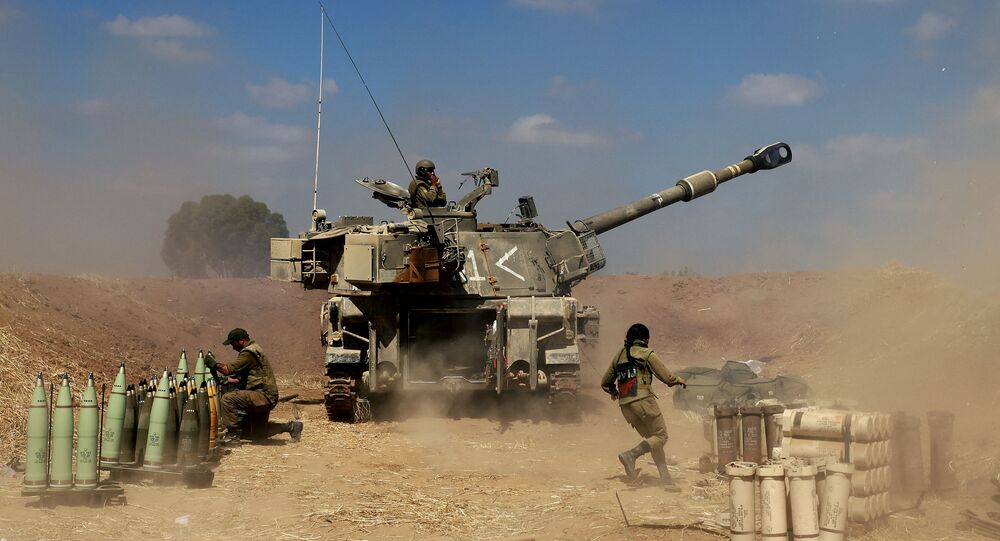 In 2011, Israel released over a thousand Palestinian prisoners in exchange for Gilad Shalit, an Israeli soldier captured by Hamas six years earlier.

Israel is exerting maximum effort in talks with Hamas, an Islamist group that controls the Gaza Strip, through Egyptian mediators. The goal is to reach an agreement on the release of two civilians and the bodies of two Israeli soldiers believed to be held by the organisation.

Recent days have seen a number of such efforts. On Sunday, Israel's Foreign Minister Yair Lapid met with his Egyptian counterpart in Brussels to discuss the possibility of a deal, meanwhile an Israeli delegation is expected in Cairo later this month for the third round of talks on the issue.

Dr Hilly Moodrick-Even Khen, a senior lecturer of public international law at Ariel University, who has been following the developments closely, says Israel has to do what it takes to bring those missing back home.

"Israel has strong moral and legal obligations to bring them home because it is their right to be buried and it is the right of their families to bury their loved ones. So when their bodies are held by a terrorist organisation, these rights are not respected".

Over the years, Israel has held a number of talks with Hamas through mediators in a bid to make progress on the issue. None of them have borne fruit, with the reason for this being the high price that the Jewish state has been asked to fork out.

In January, Yahya Sinwar, the Hamas leader in Gaza, said his group would demand the release of 1,111 Palestinian prisoners in exchange for the bodies of the missing soldiers.

It was also reported that the organisation demanded that Israel set free 250 inmates in return for information on the remains of the bodies.

But Israel was not ready to budge, and Moodrick-Even Khen says this was because the Jewish state had learnt from mistakes of the past.

In 2011, Israel released 1,027 Palestinian prisoners in exchange for IDF soldier Gilad Shalit, who was captured by Gaza militants in June 2006. Hundreds of the inmates have been sentenced to life imprisonment for terror activity.

Yet, soon after their release, 68 of them reportedly returned to terrorism.

"The price that Israel might need to pay could be very high. Also, it will need to take into consideration the feelings of bereaved families and those who have been hurt by terrorists and their actions".

© AP Photo / Nasser Shiyoukhi
An Israeli soldier takes a photograph with his mobile phone during clashes with Palestinian demonstrators in the West Bank city of Bethlehem on Tuesday, Oct. 13, 2015. A pair of Palestinian men boarded a bus in Jerusalem and began shooting and stabbing passengers, while another assailant rammed a car into a bus station before stabbing bystanders, in near-simultaneous attacks Tuesday that escalated a monthlong wave of violence

Israel has seen the eruption of such feelings many times before. Prior to the Shalit deal, demonstrations of bereaved families were a regular occurrence. Back then, they demanded that the government backtrack from their decision to release the Palestinian inmates and reiterated the danger such a move could post to the Jewish state.

Now these same families may want to do it again if the government does end up going ahead with another prisoner deal with Hamas. But Moodrick-Even Khen warns that another agreement with a terror organisation might be a mistake, and she urges the authorities to look for alternative solutions.

"So far, Israel hasn't used the leverage tools it has over Hamas, such as economic measures or the COVID-19 vaccines... a military option is not practical because it entails the risk of losing civilians and soldiers, whereas international pressure has also been futile in managing to subdue the Islamic group".

© REUTERS / MOHAMMED SALEM
A Palestinian Hamas militant takes part in a protest over the possible eviction of several Palestinian families from homes on land claimed by Jewish settlers in the Jerusalem's Sheikh Jarrah neighbourhood, in the northern Gaza Strip May 7, 2021

Moodrick-Even Khen explains the weakness of the international community as being its "inability to enforce sanctions on non-state actors", and this is the reason why she thinks Israel will need to rely only on itself to finally solve this problem.

"We have mediators who are trying to bridge between Israel and Hamas. But it is unrealistic to think that the international community can help us to resolve the conflict. At the end of the day, Israel will need to face its threat all by itself".