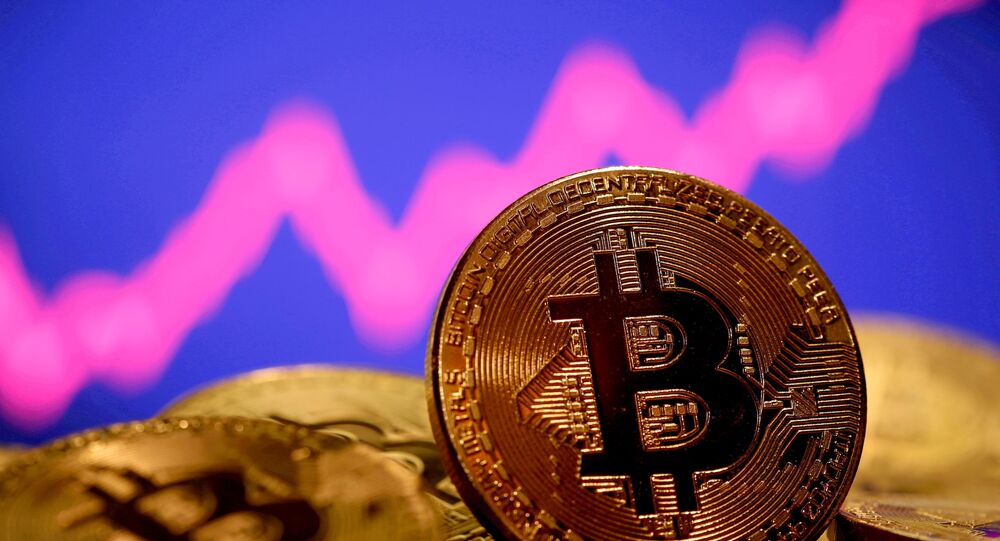 Rabbi Who Links Cryptocurrency and Judaism: 'Could Wedding Transaction be Done With Bitcoin?'

The price of the world’s renowned crypto has been fluctuating after making a record-breaking jump this spring. Those who are interested in finances and want to know more about what’s been going on in the crypto world apparently have an unusual figure to turn to for advice.

A self-proclaimed ‘Bitcoin Rabbi’ Michael Caras is opening himself up on Twitter to teach folks about both Judaism and blockchain, as he tries to find links between the world's oldest monotheistic religion and new technologies.

Caras, who teaches both Judaism and technology classes at Maimonides Hebrew Day School in New York, believes a greater understanding of his religion can be gained through bitcoin’s public chain of transactions and “private key management” that allows users to keep track of their crypto.

“We have ‘the chain of tradition’ quite literally in Hebrew, this point of following the tradition back in written history,” he explains. “We are continuing a chain, and it is a continuous chain. There are soft forks and hard forks within Judaism, different customs, like protocols, that are compatible with each other.”

According to the rabbi, who also connects with Jewish fans of Bitcoin through WhatsApp’s “Jewish Crypto Chat”, thinks his favourite currency could also be handy when it comes to traditional nuptials.

“Judaism has a lot of legal frameworks for how money is used. A Jewish wedding is a transaction. The groom puts a ring on her finger because he needs to give her something of value under the huppah. I address questions like, could that wedding transaction be done with bitcoin?” Caras says.

Anniversary was last month, but we finally got a night to go out thanks to my folks watching the kids. #10YearAnniversary pic.twitter.com/QLkVDotgbP

​The rabbi defines himself as a “hardcore maximalist” who only uses Bitcoin. Others cryptocurrencies seem to be a waste of energy for him.

“I’m a hardcore maximalist. I don’t believe the blockchain has any use case outside of Bitcoin and securing the Bitcoin blockchain,” Caras says. “My brother in Israel tells me about every blockchain thing under the sun, but I’ve yet to see anything positive that it’s useful for beyond that.”

The enthusiast is determined to enlighten the Jewish community about the world of Bitcoin and what opportunities it brings to both Israelis and Palestinians, as he think the cryptocurrency is a form of money “which can’t be easily controlled or taken from them by the Palestinian Authority or Hamas.”

He previously authored a children's book explaining how Bitcoin works for kids using an example of a lemonade stand.