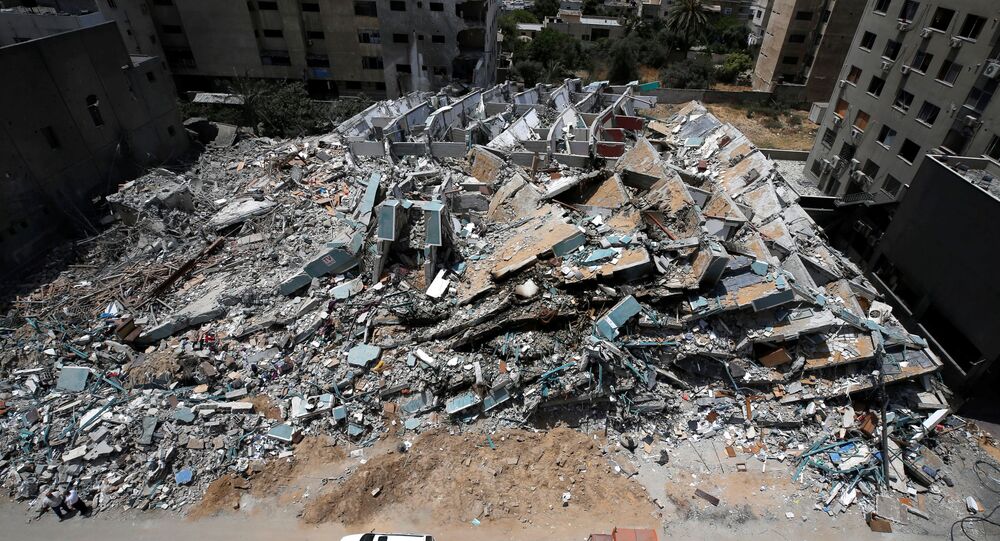 The only animal shelter in Gaza housed 200 dogs before the outbreak of hostilities between Israel and Hamas, which controls the enclave. Heavy airstrikes scared half of them away, only 60 of which were found later. Many had been wounded.

Although hostilities with Israel ended more than a month ago, Saeed Al-Err, a 50-year-old father of eight from al-Zahra, a municipality in the Gaza Strip, is still struggling to rehabilitate what had been damaged in the process.

Al-Err leads Gaza's only shelter for stray animals -- Sulala Animal Rescue -- and even though it hasn't been destroyed in the last round of confrontation between Israel and Hamas that controls the enclave, its pets suffered a trauma that has no ready cure.

During the eleven days of fighting that erupted following the launch of a barrage of rockets into Israeli territory, IDF jets bombarded more than 1,800 residential buildings. They have also destroyed roads, police stations, medical and educational institutions and a number of mosques, claiming these were used by Hamas for their terror activities.

"I used to have 200 dogs. When air strikes started happening and explosions were heard, I stopped going to the shelter, fearing for my life. During that time, half of those dogs escaped."

Together with his five sons and 25 volunteers, Al-Err managed to locate 60 of the dogs that had run away unable to cope with the loud explosions. Many were wounded during the hostilities. Forty are still missing and chances are high that they will need medical treatment too.

Assistance Out of Reach

To help those pets, Al-Err will need funds and resources that he simply cannot afford.

His shelter, which relies on volunteers, doesn't have a single employee that it pays a monthly salary. Nor does he have rich donors who could pour the much-needed funds into the shelter.

The Gaza Strip has long been known for its dire economic conditions, but the situation got worse with the eruption of the coronavirus pandemic in February 2020.

Shortly after the outbreak of COVID-19, Hamas tried to contain the spread of the virus by imposing a series of restrictions on the Strip. They closed down public institutions, banned mass prayers and gatherings and shut down businesses, aggravating already-fragile conditions.

As a result, poverty circles have widened, unemployment went up and donors who have usually been generous with cash have stopped contributing.

"The lack of funding is threatening my shelter. But I choose to continue this job because I believe that the poor animals of Gaza need my help," explained Al-Err.

Change of Mindset is Needed

Apart from running a shelter, the 50-year-old is also housing some 40 cats, all of which live at his home. Up until recently, he had a donkey and a horse but they were killed during the recent escalation with Israel.

Al-Err says he finds these animals by scouting the streets of Gaza, or when he receives a phone call from residents. He cannot take each and every one of them, and very often he helps by either giving out food and water or providing them with medical assistance.

But the problem is, he says, that there are too many animals that need help, and the primary reason for their suffering is Gazans themselves.

"There is an absence of culture in Gaza, where people respect the rights of animals. They are often beaten, rammed by cars, or stoned. They are also kicked out of homes once they grow up."

Al-Err is trying to change that. Together with his volunteers, he is putting efforts into raising awareness among Gazans by posting videos on social media networks and explaining to the masses that animals are entitled to rights too.

A shift won't happen that quickly, thinks Al-Err. The primary reason for this is people's inability to accept that animals have their rights and until that changes he says he will continue to extend a helping hand hoping to make a difference.