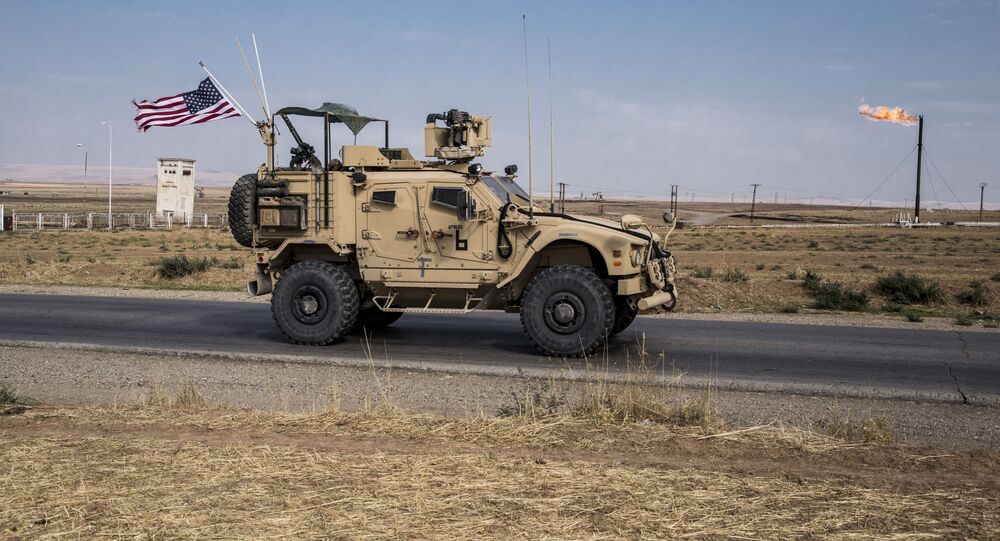 A blast was reportedly heard in a factory used by American troops as a military base, allegedly caused by a mortar shell, local media reports say. US forces have been repeatedly accused by the Syrian government of plundering the country's resources in the oil-rich eastern part of the Arab Republic.

US forces in Syria have come under indirect attack, but no injuries have been reported so far, a US defense official told Reuters.

Later, a US defense official confirmed to Sputnik that the American forces came under attack in Conoco in Deir ez-Zor province, and that no casualties were reported at that time.

"I can confirm that there was an indirect fire attack in Conoco, Syria," the defense official said. "At this time, initial reports are no casualties, injuries and structural damage."

Reports on social media suggest that the US military base, located near the Conoco oil field, was hit by at least four missiles.

According to Syrian state media, an explosion was heard at the Conoco gas plant shortly before midnight, which was seized by US-backed forces from Daesh* back in 2017 and which it uses as a military base.

Sources reportedly told SANA that "unusual movements of the occupation forces" were observed in the area after the explosion, without providing details of its causes or consequences.

This comes after in late June, the US forces in Deir ez-Zor were bombarded by multiple rockets and responded with artillery toward the rocket launching positions, US-led Operation Inherent Resolve in Iraq and Syria spokesperson Wayne Marotto said.

U.S. forces have the inherent right to self-defense and responded with counter-battery fire at rocket launching positions and one Hellfire from a UAV which resulted in one enemy wounded in action.

Coincidentally or not, the late June fire exchange came just a day after the Biden administration launched "precision" airstrikes at the positions of Iran-backed Kata'ib Hezbollah and Kata'ib Sayyid al-Shuhada on the Syrian-Iraqi border in response to the latest attacks against US personnel and facilities in Iraq, which have intensified recently.

The American troops were never officially invited to Syria, nor was their presence approved by the Syrian government, which clearly makes the US presence there illegal. President Bashar al-Assad has repeatedly condemned the US actions in eastern Syria, as they have been caught looting Syrian oil and wheat on multiple occasions, according to state media.

What's more, US forces have been reportedly transporting terrorists from Syria to its bases in neighboring Iraq to allegedly justify a longer military presence in the country.

In 2018, former US president Donald Trump appeared to be quite upfront about the US' real interests in Syria, after he claimed he was withdrawing troops from the country and then went back on his decision, saying that a residual force of US troops will remain in northeast Syria to "secure the oil".