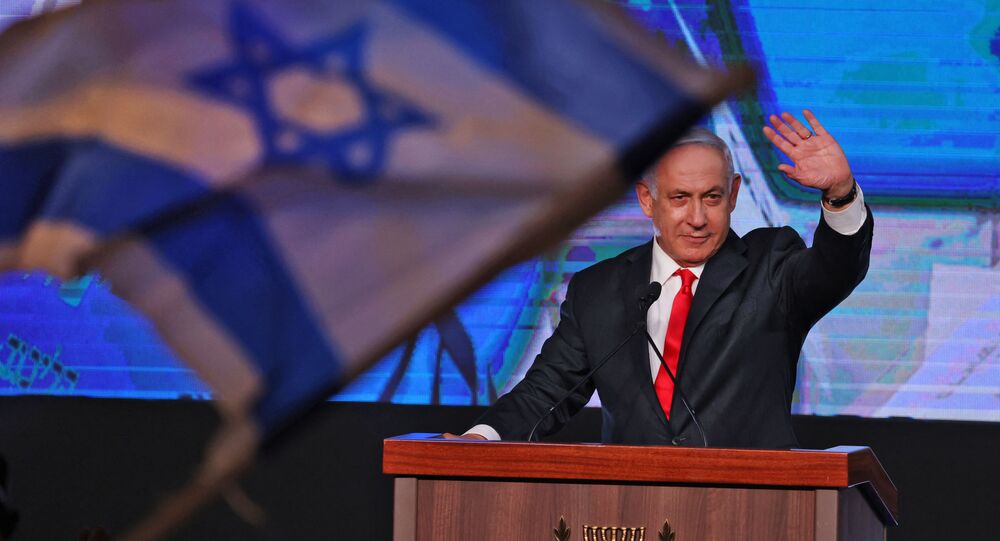 US-Israeli Relations: Why Biden-Bennett Bromance May End and Open Door to Netanyahu's Comeback

US-Israeli relations are undergoing a "reset" as Joe Biden and Naftali Bennett have replaced Donald Trump and Benjamin Netanyahu in the White House and Beit Aghion, respectively. Still, the fate of the new Israeli government coalition remains unclear and Netanyahu's comeback cannot be ruled out, Israeli publicist Avigdor Eskin notes.

The Biden administration has already reversed some of its predecessors' Middle Eastern policies, most notably moving to revive the 2015 Joint Comprehensive Plan of Action (JCPOA), commonly known as the Iran nuclear deal. Having assumed office Biden restored Washington's assistance to Palestinian Arabs, slashed by Trump. In April, the president pledged $235 million in aid to the Palestinians, while in May sought to allocate $75 million more.

The White House announced in May that it would also reopen the US Consulate in Jerusalem that had served as the de facto representative to the Palestinians before being closed by Trump.

The new Israeli cabinet appears willing to improve ties with the Biden administration: on 17 June, Israeli Alternate Prime Minister and Foreign Minister Yair Lapid promised US Secretary of State Antony Blinken to adhere to a "no surprises" policy in a second phone talk since the Naftali Bennett government's inauguration.

On 27 June, Lapid and Blinken met in Rome in a bid to mend fences and "fix mistakes": "In the past few years, mistakes were made," the Israeli foreign minister told his American counterpart. "Israel’s bipartisan standing was hurt. We will fix those mistakes together."

"Although the Prime Minister Naftali Bennet is no less right-wing than Benjamin Netanyahu and he is a religious person, President Biden feels more comfortable with him than with his predecessor," says Israeli publicist and political commentator Avigdor Eskin. "Bennett does not have the same record of cordial relations with Donald Trump and Vladimir Putin."

Despite criticising Trump and Netanyahu, both the Biden and Bennett administrations have nevertheless adopted many of their predecessors' policies.

"The current government is not going to change much in the security aspects of the Israeli policy nor in the foreign affairs aspects. They might be less vocal about the opposition to the Iranian nuclear program, but will act with full energy in full cooperation with the Arab world," highlights Eskin, referring to the Trump-brokered Abraham Accords.

The Israeli publicist refers to the visit of Foreign Minister Lapid to Dubai as a clear example of the continuation of the strategy worked out by Trump and Netanyahu. On 29 and 30 June, Lapid inaugurated Israel's new consulates in Abu Dhabi and Dubai, respectively, in the first official visit to the United Arab Emirates since the two countries normalised relations last year.

Lapid at the inauguration of the Israeli Consulate in Dubai: “We don’t accept reality, we create reality. Our two nations created the incredible.” pic.twitter.com/pVEzERiTNO

​Meanwhile, the Associated Press highlights that neither Biden nor Blinken "has signalled any move to alter" Trump’s abandonment of previous US policy which had regarded Israeli settlements as illegitimate, or former president's recognition of Jerusalem as Israel’s capital or his recognition of Israeli sovereignty over the Golan Heights.

© Sputnik / Amit Shaal
After two months of quarantine due to the covid-19 outbreak, the Holy Sites were opened to visitors. Jerusalem May 31, 2020.

Vulnerabilities of Biden and Bennett's Cabinets

Although Joe Biden and Naftali Bennett have found common ground on most issues concerning the Middle East, both cabinets appear to have certain vulnerabilities when it comes to their domestic affairs. In May, Biden came under heavy criticism from the progressive wing of the Democratic Party over his statement that the Jewish state "has a right to defend itself" during the Israeli-Hamas standoff.

Rep. Alexandria Ocasio-Cortez (D-N.Y.) tweeted, in particular, that "blanket statements like these with little context or acknowledgement of what precipitated this cycle of violence - namely, the expulsions of Palestinians and attacks on Al Aqsa – dehumanise Palestinians and imply the US will look the other way at human rights violations." "It’s wrong," she summed up.

On the other side of the political aisle, Trump continues to lambast his successor over the latter's foreign and internal policies and express vocal doubts over the legitimacy of Biden's presidency, insisting that the 2020 election was "unfair."

GOP lawmakers are not making it easier for Joe Biden as they either kill or hinder many of his and Democratic Party's initiatives in the US Congress. To complicate matters even further for the Democrats, who are currently controlling the House, the Senate and the White House, there are signs suggesting that the upcoming 2022 midterms may result in the Republican takeover of either one or both chambers.

In light of this, any attempts by the Squad – a group of six progressive Democratic members of the US House of Representatives – to hinder Biden's Israel policy could add to the ongoing partisan tensions in Congress.

Proud to #StandWithIsrael alongside my Republican colleagues this morning on Capitol Hill.

Zero Democrats showed up at this press conference.

​For its part, the Bennett-Lapid government relies on an anti-Netanyahu "patchwork" coalition of eight parties which have different views on a number of internal issues.

For instance, Bennett was previously known to be opposed to Palestinian statehood and supporting Jewish settlements. Ra'am Party leader Mansour Abbas, who signed a coalition agreement to unseat Netanyahu, does not share Bennett's aspirations. Nevertheless, Bennett and Lapid pledged over $15 billion for infrastructure, education, and initiatives to reduce crime in the Arab community and made Abbas chairman of the Knesset’s Special Committee on Arab Society Affairs in exchange for his party's four mandates, according to The Jerusalem Post.

They say Netanyahu is a divisive politician, but he did bring together some pretty unusual allies ... to kick him out of office. Pictured: Yair Lapid, secular leader of Israeli opposition, Naftali Bennett, settler party head, and Mansour Abbas, leader of Islamist Arab party Raam. pic.twitter.com/7D80Gtod3R

​Meanwhile, centrist members like Lapid and Defense Minister Benny Gantz are eager to adopt "a more cooperative approach" with the Biden administration when it comes to both the Palestinian issue and the Iran nuclear deal, "while Bennett and his right-wing partners face pressure from their base to maintain Netanyahu’s hardline approach," AP suggested.

"This is a very complicated puzzle," says Eskin. "While the external and defence policy remains unchanged and clear, there are major internal issues, which can cause this government to fall. We saw how the coalition lost the vote on the regulation regarding the Arab families with one of the spouses holding Israeli citizenship. There is also a tension because of the attempted 'revenge' against the religious population from the Finance Minister Avigdor Liberman. It seems that the fate of this government is unpredictable."

Former Prime Minister Benjamin Netanyahu has turned into the new Israeli cabinet's nemesis and subjects each and every mistake of his successors to sharp criticism. There is no doubt that in the event of the Bennett-Lapid government's failure and new snap elections Netanyahu will be likeliest to win, Eskin concludes.