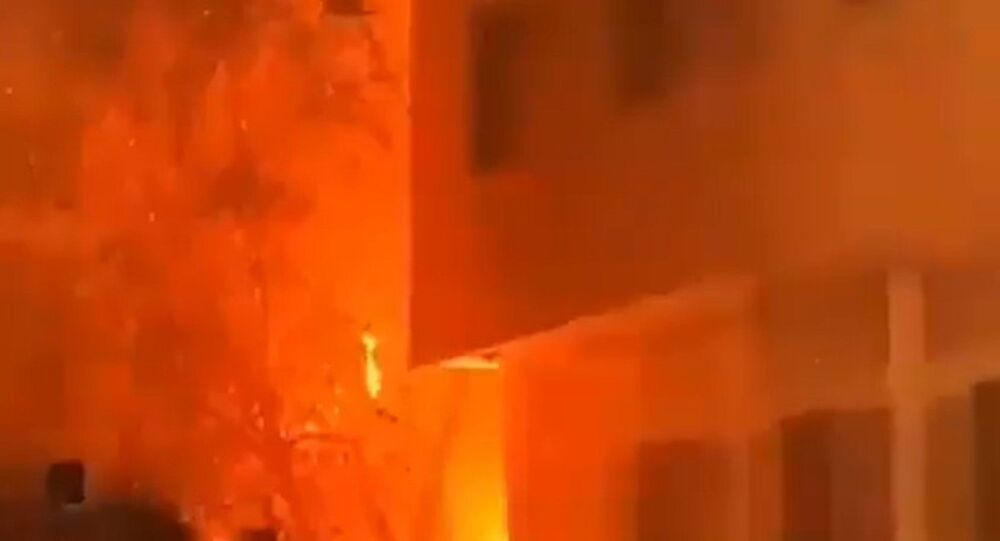 Fire and rescue teams rushed to the scene, as eyewitnesses detailed the initial blast sounding "like a building collapsed," according to local media reports.

A massive blast and subsequent fire was reported late Friday in the western district of Tehran, Iran, prompting many residents in the area to seek cover.

At present, reports indicate that the blast caused no fatalities.

Citing a spokesperson for the local fire department, the Fars News Agency reported that officials are on the scene and examining the blaze.

​​Video footage said to be from the scene has emerged on social media, depicting a major fire that followed the blast.

​Local media outlets have cited eyewitnesses as detailing that the late Friday explosion "sounded like a building collapsed." An earlier report from the Fars News Agency also described the blast as a "terrible sound" that rang out across western Tehran.

Hamidreza Goudarzi, the deputy security chief for the Tehran Province, noted in a statement to the Tasnim News Agency that "there was only one explosion," and that ​officials were at the scene. Goudarzi did not confirm or deny whether the blast was part of a planned attack, as the area is near the headquarters of the Islamic Republic of Iran Broadcasting, the New York Times reported.

An investigation into the cause of the blast remains ongoing.