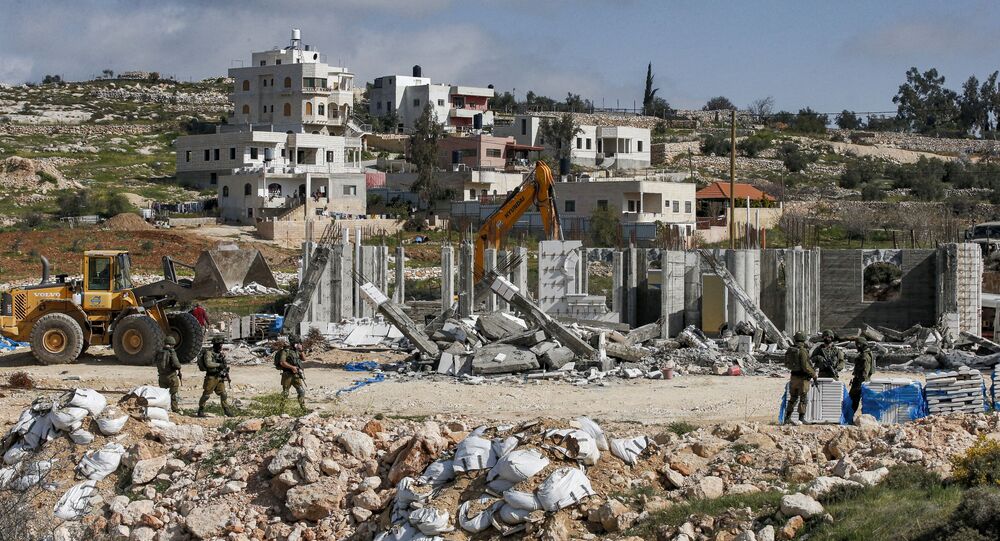 Battle Over Land: As Palestinians Keep Building in West Bank, Settlers Call it Illegal, Here's Why

Between 2013 and 2017, Palestinians built more than 100,000 terraces in Area C of the West Bank, an area that falls under Israeli jurisdiction. They also set up tents and outposts, eventually establishing control over 79,000 dunams (19,521 acres) of land.

Jewish settlements in the West Bank have always been an issue for the Palestinians and much of the international community.

For years, Israel has been slammed for encroaching upon the rights of the Palestinians and for expanding its settlement activity at their expense.

That rebuke was particularly felt during the tenure of former Prime Minister Benjamin Netanyahu, under whom Israel constructed nearly 20,000 new homes. Many of them were built in areas that were allegedly allocated for a future Palestinian state and that would be evacuated in case of an agreement between the two sides.

But Yochai Damri, the head of the Har Hebron Regional Council, says it is the Palestinians who have been building illegally on territories that don't belong to them.

"The situation is bad. Palestinians capture strips of land, where they set up their agriculture terraces and where they grow crops. They erect tents and then they build houses. This process has accelerated in the past several years and it will become worse with time".

According to data provided by Regavim, an NGO dedicated to the protection of Israel's lands and resources, between 2013 and 2017, Palestinians established more than 100,000 terraces in Area C of the West Bank. This is some 60 percent of the entire area and falls under Israeli jurisdiction, as per the historic Oslo Accords.

Regavim
Seizure of agricultural land in the West Bank

Regavim suggests that much of the Palestinian construction has been funded by the European Union, which recently donated some $18 million for such activity.

Damri claims the process of Palestinian encroachment upon Jewish land started some ten years ago, with the decision by the Palestinian Authority to go ahead with their so-called plan of stages devised by Salam Fayyad, a former prime minister of the PA.

Under his plan, a future Palestinian state would be established over the entire West Bank and Gaza Strip. It would be done in stages, with the Palestinians gradually seizing control over Area C, known for its rich resources.

"Establishing full control over Area C is part of the Palestinians' policy. The PA even gives grants to those who will settle there. So it is not surprising they keep on building, especially given that Israel has been weak in responding to their actions".

Area C of the West Bank is run by the Israeli Civil Administration, who is responsible for all administrative aspects of the local population. It is a body that coordinates with the Palestinian Authority, it has a say on matters pertaining to the approval of new or existing housing units in settlements, and it is an office that is supposed to maintain law and order.

Yet, depleted resources is not the only problem, and Damri also pins the blame on Israel's judiciary system.

"Whenever the Civil Administration spots an illegal construction, the Palestinians appeal to Israel's High Court to prevent the demolition of their house. The court, in turn, issues a decree halting the demolition until the case is clear, and that process may last for ages".

The Israeli government has been witnessing this encroachment for years but Damri says Netanyahu and his allies did little to change the situation on the ground. Now, he is pinning his hopes on the new boss, Prime Minister Naftali Bennett.

"There is always hope and things can be done to stop their silent seizure of land. Israel needs to find new legislative tools. It needs to be more active in house demolitions, it needs to confiscate the equipment used to construct their illegal outposts, and of course it needs to make sure that our judiciary system is effective. Only this way can we stop our suffering".