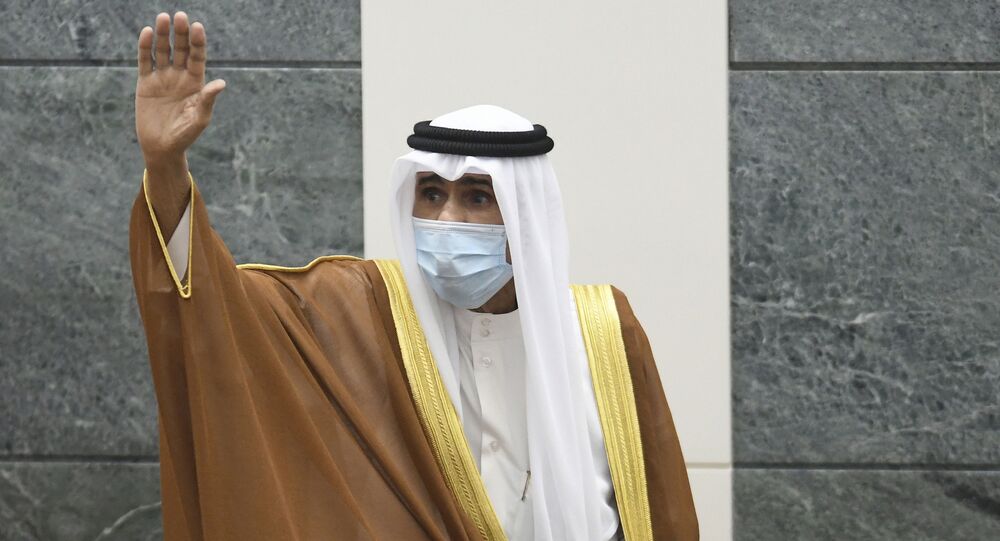 For decades, frequent disagreements between the Gulf state government and parliament have resulted in cabinet reshuffles and parliament dissolutions, stifling investment and reform.

Jamal Al-Sayer, who is apart from his poetic endeavors a businessman in daily life, was charged with "insulting the emir, spreading fake news that could harm the state's image and misusing his mobile phone," Muhannad Al-Sayer, who is his nephew and lawyer reportedly told Reuters.

Al-Sayer was apprehended in the street by three police cars on Monday evening, according to the report.

Although Kuwait's Emir, Sheikh Nawaf Al-Ahmad Al-Jaber Al-Sabah, retains ultimate authority over the country, the country is the only Gulf monarchy to grant significant powers to an elected parliament, which can vote on bills and question ministers.

According to the report, the Kuwaiti parliament has tried unsuccessfully to interrogate Prime Minister Sheikh Sabah al-Khalid al-Sabah, a member of the royal family, on a variety of topics, including corruption.

And the poet took to Twitter to address the emir and the crown prince, calling the situation "unbearable," as they "have allowed the government to disrupt and violate the constitution, defying the parliament and the people's will."

Al-Sayer's nephew himself published a photo of the well-known uncle and noted that his continued detention is "the continuation of the bleeding of rights and freedoms from the body of the homeland."

​The Gulf state's opposition member of parliament, Abdul Aziz Al-Saqabi, also expressed his anger with the detainment of the "national poet" on Twitter.

"We will not accept becoming a police state in which constitutional rights are violated... Following mafia and gangs' style and hacking freedoms are crimes against democracy and the rule of law," he wrote.

According to the region's non-profit Gulf Centre for Human Rights (GCHR), although the Kuwaiti National Assembly voted on March 30 to abolish pretrial imprisonment in cases of expressing opinions and publishing through the media and social media, Al-Sayer's arrest and detention are related strictly to his views.