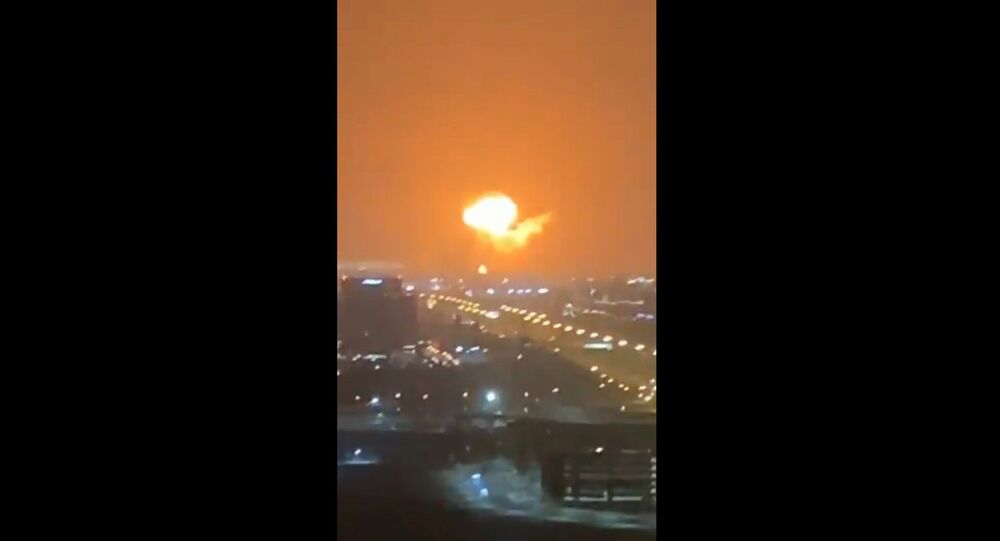 Earlier, eyewitnesses had shared a variety of photo and video posts that showed a fiery ball illuminating the Dubai nightsky, as many others detailed shaking buildings across the city.

A massive explosion was felt across much of Dubai late Wednesday after a container ship anchored along the United Arab Emirates' Jebel Ali commercial port unexpectedly caught fire and sent a wave of tremors across the area.

Government officials in Dubai have confirmed the blast was caused by a blaze that was set off inside a container aboard the vessel, noting that first responders with the Dubai Civil Defense team have brought the fire under control. Officials have further indicated that the explosion did not cause any injuries or fatalities.

A representative of the Dubai authorities relayed to broadcaster al-Arabiya that the fire reached such high intensity as "one of the containers [aboard the ship] had flammable materials."

Footage from the scene that was shared by the team shows emergency personnel working to fully extinguish the blaze.

​Shocking footage that was initially shared of the incident documented a massive fiery cloud emerging near the port city as smoke billowed in the area.

​Video of the exact moment that the explosion erupted has also surfaced on social media.

Additional footage of the blast was captured from an off-shore vessel.

Earlier, a bevy of netizens situated in nearby residential buildings within the Dubai Marina took to social media in an effort to pinpoint what prompted the sudden blast.

​One user previously detailed that "several police cars" were seen "rushing" toward the port area from the residential district.