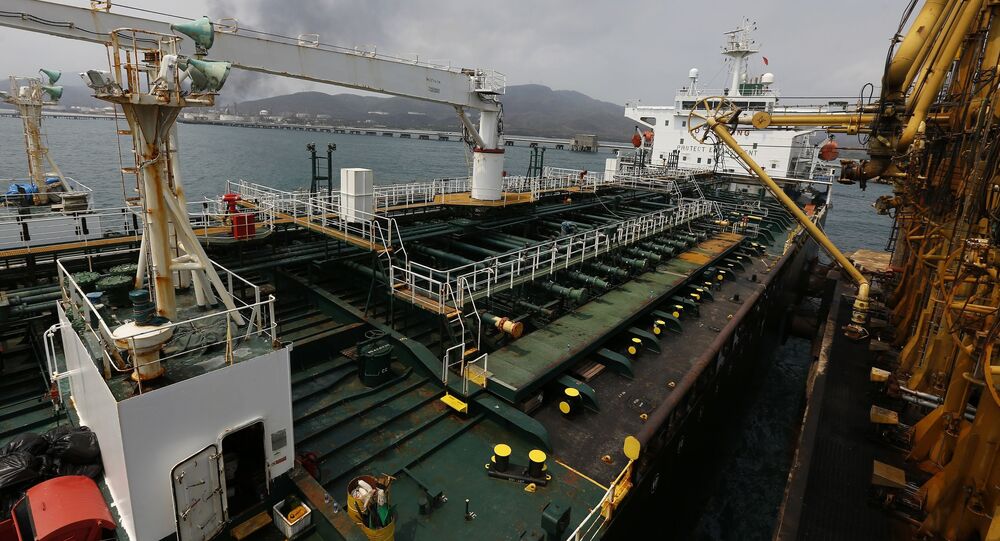 Should the US government lift sanctions it imposed on Iran, the Islamic nation will be able to quickly raise crude oil production to six million barrels a day, as it has previously taken measures to ensure this, the state-run Shana news agency reported, citing Iran’s Oil Minister Bijan Namdar Zanganeh. Iran’s daily production currently stands at around 2.5 million barrels.

“Returning to the market and regaining market share isn’t a difficult task, though there will be a lot of pressure on the oil ministry and the next oil minister,” Zanganeh said.

Iran’s oil minister added that nothing poses a risk to global markets if Iranian exports thrives once US sanctions are lifted, because “OPEC has a successful track record of... taking wise steps to strengthen market stability."

© AFP 2021 / ATTA KENARE
Iran’s Bushehr Power Plant Resumes Operation Two Weeks After Blackout, Official Says
Zanganeh's comments came after the OPEC+ countries failed to reach an agreement extending the oil cuts deal and the volume of the output limitations. Although Iran is exempt from OPEC+ production quotas, there is a possibility of an influx of Iranian supply into markets once the sanctions are removed, so this could weigh on prices.

On 10 June, US Secretary of State Antony Blinken stated that Washington lifted sanctions from three former Iranian government officials and two local energy companies. This came as the members of the JCPOA engaged in the Vienna talks aimed at reviving the Iran nuclear deal, which the US abandoned in 2018.

The JCPOA was signed in 2015 by Iran, China, France, Germany, Russia, the United Kingdom, United States, and the European Union, stipulating the removal of international sanctions from Tehran in exchange for it scaling down its nuclear programme. However, in 2018, the Trump administration unilaterally withdrew from the deal and reimposed sanctions on Iran. Tehran responded by gradually abandoning its own commitments toward complete withdrawal until sanctions are lifted.