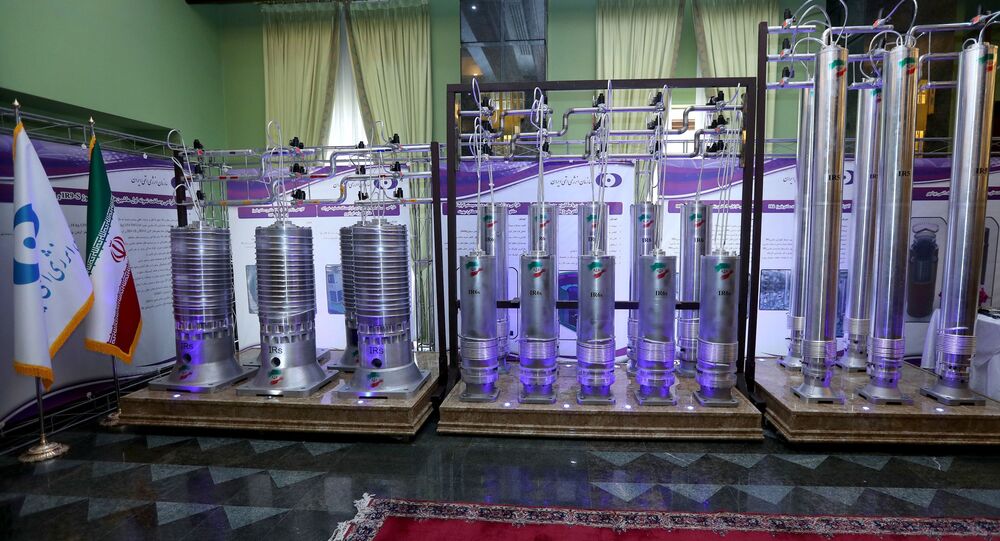 On 23 June Tehran said an attempt to sabotage a building of the Atomic Energy Organisation of Iran (AEOI) had been thwarted, with Iran’s state-controlled media outlet, PressTV and other local outlets reporting the facility in the city of Karaj had been attacked by an unmanned aircraft, adding that there were no injuries or damage sustained.

Images released by the Israeli intelligence group The Intel Lab on Saturday suggest that a drone strike on 23 June that targeted an Iranian nuclear facility may have led to an explosion, causing serious damage.

The group tweeted the images, dated 1 July, writing that they “tell a different story” from the one presented by Iranian state media.

According to Nournews, June 24th, 2021 "Security forces have managed to foil an act of sabotage against one of the buildings of Atomic Energy Organization of Iran (AEOI) in Karaj, Alborz province". Satellite Image from July 1st tells a different story. #Iran #Nuclear #JCPOA pic.twitter.com/QTAqTml4HT

​PressTV, one of Iran’s state-controlled media outlets, had reported that the alleged sabotage attempt was aimed at a building used by the Atomic Energy Organisation of Iran.

“The hostile attempt… did not result in any casualties or damage owing to tight security precautions adopted following similar acts of sabotage against Iranian nuclear sites and scientists," reported the outlet. The quadcopter that was purportedly used in the incident was eventually shot down, added local media.

Other Iranian media outlets reported that there were no injuries or damage in the attack by an unmanned aircraft targeting the building, located in the city of Karaj.

Iran’s Atomic Energy Agency said that an attack on one of its facilities had been foiled, without revealing the name of the site.

A report in The New York Times, cited Iranian sources as saying the targeted building - centrifuge factory known as the Iran Centrifuge Technology Company, or TESA - was one of Iran’s main manufacturing centres for the production of the centrifuges used at the country’s two nuclear facilities, Fordow and Natanz.

Just three days before the alleged attack in Karaj, Iran reported that it had temporarily shut down the nuclear power plant in Bushehr, without clarifying on the causes of the shutdown.

The situation regarding the drone attack is reminiscent of events in April 2021, when Tehran announced that the Natanz facility was hit by "sabotage", shortly after it unveiled its new centrifuges and devices purportedly used for uranium enrichment. Tehran blamed the incident on Israel, which didn't deny the allegations.

While Israel did not officially comment on the incident, during a speech at a graduation ceremony for Israeli Air Force pilots on 24 June Prime Minister Naftali Bennett appeared to allude to Tel Aviv’s role in the attack, The Times of Israel reported.

"Our enemies know — not from statements, but from actions — that we are much more determined and much more clever, and that we do not hesitate to act when it is needed," Bennett is quoted as saying at the IAF’s Hatzerim Air Base.

Current “sabotage” reports come against the backdrop of ongoing efforts to resurrect the 2015 Joint Comprehensive Plan of Action (JCPOA) - also known as the Iran nuclear deal.

The Trump administration unilaterally scrapped the JCPOA in 2018, pronouncing it “rotten" and saying that he would reimpose economic sanctions. Iran responded by announcing that it would start uranium enrichment beyond the 3.67 percent limit agreed upon under the deal.

According to the International Atomic Energy Agency (IAEA), by the end of May, Iran had exceeded its enriched uranium stockpile limit more than 16-fold.

The Vienna talks, which began in April, are now in a pause with diplomats from both sides saying major differences remain and each side seeking greater concessions.