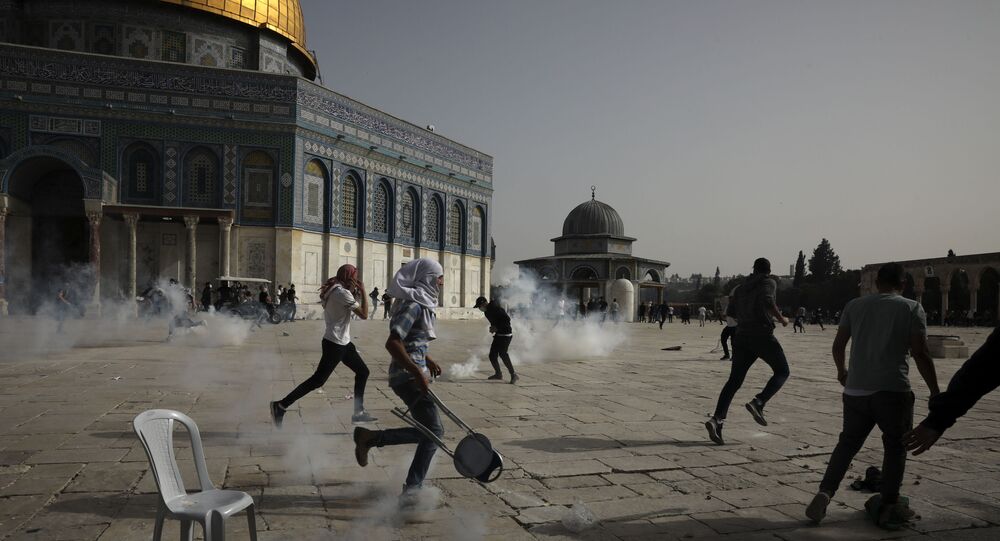 Recent months have seen a surge in violence between Israeli security forces, Arab-Israelis, and Palestinians in the West Bank and Gaza, over Tel Aviv’s planned seizure of Palestinian homes in East Jerusalem, as well as the police occupation of one of the main shrines of Islam. Last month, tensions escalated into an 11-day military conflict.

Informants working for Shin Bet, Israel’s internal security service, are responsible for “most” of the violence in the Arab sector, Israel’s Channel 13 has reported, citing an informed source.

According to the source, a senior police officer complained about the situation to colleagues at a recent high-level meeting at Israeli Police headquarters, with the security agency blamed for the police’s inability to get a handle on the recent spike in violence, including inter-ethnic clashes between Arabs and Jews, in cities where representatives of both communities are present.

“The criminals who are currently leading the serious crime in Arab society are mostly Shin Bet informants and in this situation, the police are bound because those informants, who enjoy immunity, cannot be touched,” the officer reportedly said.

Shin Bet denied the allegations made in the report, calling the information “false” and saying it “has no basis and no connection with factual data” in a comment for Channel 12. The security agency went on to boast that its recent operations have “led to the arrest of hundreds of suspects who have been prosecuted,” among them “dozens” “for serious terrorist offences with nationalist motivation.”

Palestinians initiated spontaneous protests in early May in the East Jerusalem neighbourhood of Sheikh Jaraah ahead of an expected Supreme Court ruling to expel six Palestinian families from their homes, with the protests prompting Israeli police to occupy the area around the al-Aqsa Mosque – one of the holiest sites of Islam. Hamas set a deadline for Israel to evacuate the area around the mosque, after which the political and militant group began lobbing hundreds of rockets into Israel. Tel Aviv responded with air and missile strikes inside Gaza. The 11-day conflict left nearly 300 Palestinians in Gaza, the West Bank and Israel dead, with 12 Israeli civilians and one soldier also killed.

© AFP 2021 / AHMAD GHARABLI
Clashes Erupt as Israeli Forces Demolish Palestinian Property in East Jerusalem
The clashes have continued in spite of Israeli Prime Minister Benjamin Netanyahu’s ouster in mid-June, with his successor Nafali Bennett resuming limited airstrikes, ostensibly in response to the launch of incendiary balloons into Israeli territory, with further violence unfolding in Jerusalem over the Israeli demolition of a Palestinian home in the divided city. Five Arab-Israelis were killed in deadly shootings last week.

Last week, Bennett announced that he and his security minister had agreed to the need to create a “national plan to fight crime in the Arab community as soon as possible.”