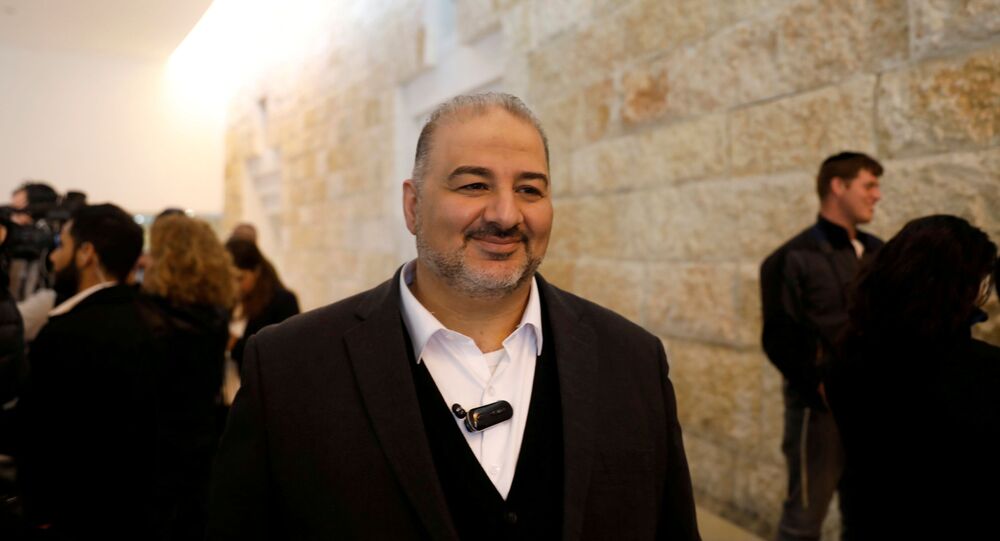 Raam Helped to Kick Netanyahu Out But Zero Achievements Will Sink Their Ratings, Says Publicist

The Islamic party has become the first Arab faction since 1992 to back an Israeli coalition. But as bulldozers keep destroying Bedouin houses in the Negev desert, Palestinian families fail to be reunited and Jewish settlements continue to grow in the West Bank, the supporters of Raam might soon realise that the backwind they gave was not worth it.

It's been almost one month since Israel swore in its 36th government, which includes Raam, an Islamic party believed to have links to the Muslim Brotherhood* movement.

Its representatives didn't get any ministerial positions, primarily because they supported the government externally, but it has become the first time since 1992 when an Arab party has taken an active role in forging a coalition.

Divisions Within the Society

But Odeh Bisharat, an Arab publicist, who has been monitoring the situation closely, says the Arab street is in fact "divided between those who are supportive of Raam's decision to join the coalition, and those, who oppose it".

The reason for that division is simple, says Bisharat. While some focus on their national rights and the promotion of the Palestinian cause, thus shunning away from the country's government, others put an emphasis on their civil rights and the need to integrate into Israeli society by forging ties with the Jewish parties.

That desire to become an integral part of Israeli society is understandable. For years, Israeli Arabs have been marginalised. Violence and crime in their society has not been handled, the level of education did not necessarily match that of Jewish schools, employment opportunities have been scarce and infrastructure in their cities and towns has been largely underdeveloped.

"Now some Arabs want to change that and become a legitimate player," says the publicist.

In the recent round of Israeli elections that took place in March, Raam, that toyed with the idea of entering a coalition with Jewish parties and helping Arab Israelis to become a player in local politics, obtained four out of 120 seats in the Israeli Parliament, the Knesset. That roughly translated into 152,000 votes.

Now, however, Bisharat is certain that the popularity of Raam is about to sink. Partially, it can be explained by the party's inability to stop Israel's settlement activity in the West Bank.

It can also be pinned on its incapacity to push forward a law that would enable Palestinians married to Israeli citizens to obtain citizenship and on its powerlessness to protect the Bedouin population of the Negev who had initially believed that Raam would be able to make a change.

"Raam didn't achieve much by joining the government. Bulldozers still come to destroy Bedouin houses [deemed illegal by Israel - ed.], and settlements are still being built in the West Bank. And that means the party's ratings will inevitably drop".

The head of Raam, Mansour Abbas, was well aware that making a significant change in Israel's domestic policy will not be an easy task. By joining the coalition with a number of hawkish parties, he was taking a gamble. But Bisharat says he didn't really have a choice.

To start off, moving things forward and passing laws is much more difficult from the benches of the opposition, a spot Raam occupied for many years.

Although in 2015 the Joint Arab List which Raam was a part of did manage to obtain nearly $5 billion to minimize the gaps between the Jews and the Arabs, their other achievements have been rather low and insignificant and Abbas hoped to change that by becoming a partner in the coalition.

But he was also doing this for another reason -- Benjamin Netanyahu. "If Abbas didn't become a part of the coalition, the alternative was that Netanyahu would have stayed in power, and this is something he wanted to avoid".

And this is also the reason, why despite their seeming differences, this coalition that unites eight parties with different agendas will stay afloat, believes Bisharat.

"They are lucky that they have Netanyahu [who currently heads the opposition - ed.]. They are afraid of him and that keeps them together, otherwise they would have collapsed long time ago.".