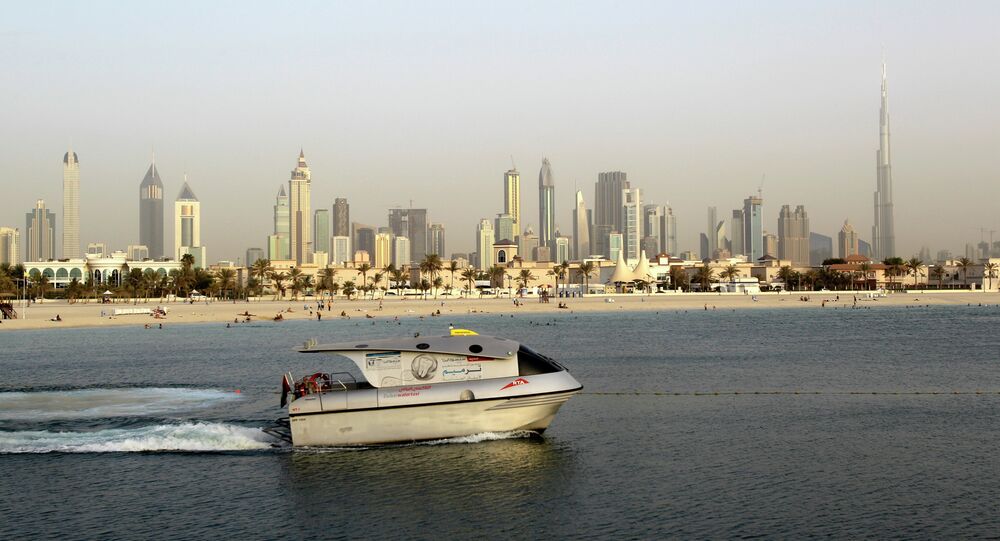 DOHA (Sputnik) - UAE Foreign Minister Abdullah bin Zayed Al Nahyan extended an invitation to Israeli companies during a meeting with his Israeli counterpart, Yair Lapid, offering them an opportunity to attend the World Expo 2020, which will be held in October in Dubai, the Emirati WAM news agency reported.

On Tuesday, Lapid arrived in Abu Dhabi in his first foreign visit since he took office, and the first such trip by a top Israeli diplomat to the UAE since the countries established diplomatic ties in September 2020. During his visit, Lapid officially opened the Israeli Embassy in Abu Dhabi and the Consulate General in Dubai. He is also to take part in the opening of an Israeli pavilion at the exhibition complex for Expo.

According to the outlet, Al Nahyan said that he was looking forward to active Israeli participation in the event, which would be attended by more than 195 countries to exchange on ways to form a post-pandemic future and move toward sustainable development.

The diplomats also discussed the situation in the Middle East, as well as the importance of using the US-brokered Abraham Peace Accord. The deal was signed last August and ratified in October, in a bid to normalise relations between Israel and the UAE.