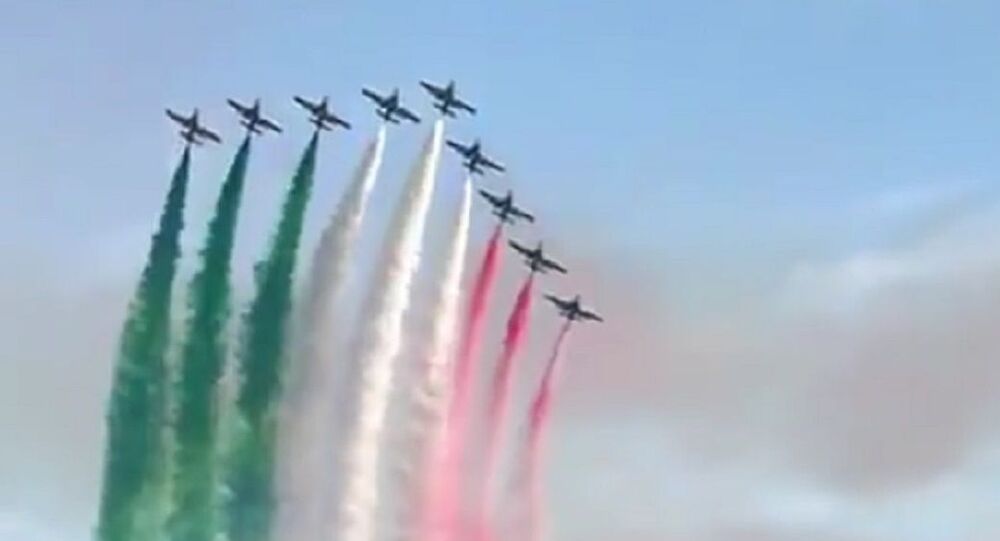 Italian military personnel have reportedly been given until the end of the week to totally withdraw their deployment at the United Arab Emirates’ Al-Minhad air base in retaliation for sanctions against Abu Dhabi and Riyadh for their war in Yemen.

The Emirati foreign ministry has made no official comment on the eviction, but Defense News reported over the weekend that Matteo Perego Di Cremnago, an Italian member of parliament and member of the parliamentary defense commission, had told the outlet the Italians must be out by July 2.

However, it was reported earlier this month by Agence France-Presse that the Italian foreign ministry had summoned Abu Dhabi’s envoy to Rome for answers after the UAE denied an Italian military aircraft access to Emirati airspace. The aircraft was helping to withdraw Italian forces from Afghanistan as part of the NATO pullout.

The minister “conveyed to the ambassador his surprise and strong disappointment for a gesture that is hard to understand,” a statement from Rome said.

According to Al-Monitor, Abu Dhabi’s move is directly related to a January decision by Rome to halt arms sales to both the UAE and Saudi Arabia due to the Saudi-led alliance’s conduct in Yemen, where it has been waging a brutal war against Ansarullah, also known as the Houthi movement, since 2015.

“This is an act that we considered necessary, a clear message of peace coming from our country. For us, the respect of human rights is an unbreakable commitment,” Italian Foreign Minister Luigi Di Maio said at the time. According to TRT World, the decision deprived the coalition of nearly 20,000 missiles, part of a $485 million deal signed in 2016.

Abu Dhabi officially withdrew from the war in 2019, but it retains considerable influence over the many rebel groups it has trained and supplied, many of which are not necessarily allied with the pro-Saudi government-in-exile of President Abdrabbuh Mansour Hadi.

Italy’s move coincided with a temporary pause by newly inaugurated US President Joe Biden in weapons sales to Saudi Arabia and the UAE agreed to by the preceding administration of Donald Trump. However, by April the sales had resumed, which according to Reuters total more than $235 billion and include some of the most advanced weaponry in the US arsenal, such as the F-35 stealth fighter.

A United Nations estimate in December put the number of dead in the Yemen war at more than 233,000, most of whom have died due to indirect causes such as lack of food, water, or access to adequate medical care. Weapons supplied to the UAE have been found in the hands of various rebel forces inside Yemen, including Al-Qaeda in the Arabian Peninsula.