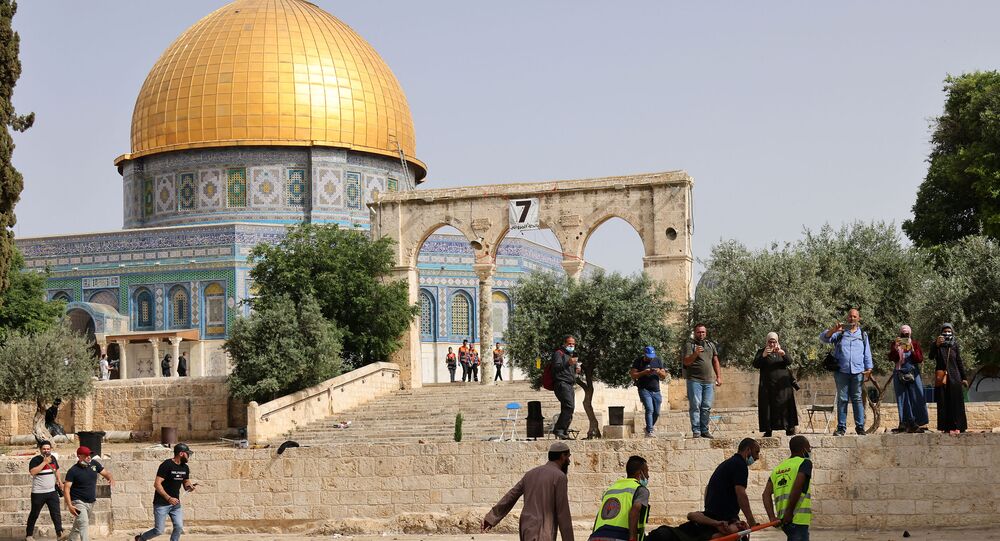 TEL AVIV (Sputnik) - Clashes have erupted between Palestinians and Israeli police in East Jerusalem over the demolition of a building in Silwan, a predominantly Arab neighbourhood, the police said on Tuesday.

"Israeli border police officers arrested three suspects over assaults on police officers who arrived at the scene to demolish a building in the Silwan neighbourhood of ​​East Jerusalem", the statement said.

It added that the protesters threw stones and attacked the police, injuring two officers. Three cars parked in the area were also damaged.

According to various media reports, a number of Palestinians have also been injured as the demolition of Arab-owned property is taking place in Silwan's Al Bustan district.

13 Palestinians, 2 cops wounded in clashes in Jerusalem's Silwan, amid the demolition of store the municipality says was built without permit.

Israeli forces arrest Nidal al-Rajabi, whose butcher shop in Silwan was demolished by Israeli bulldozers earlier toady. Also note, he has to pay $20,000 fine because he didn’t demolish it himself. pic.twitter.com/rx0QyYO4zS

In Israel, 12 people were killed and over 50 were seriously wounded during the hostilities. The death toll among Palestinians in the Gaza Strip, Jerusalem and the West Bank topped 270.