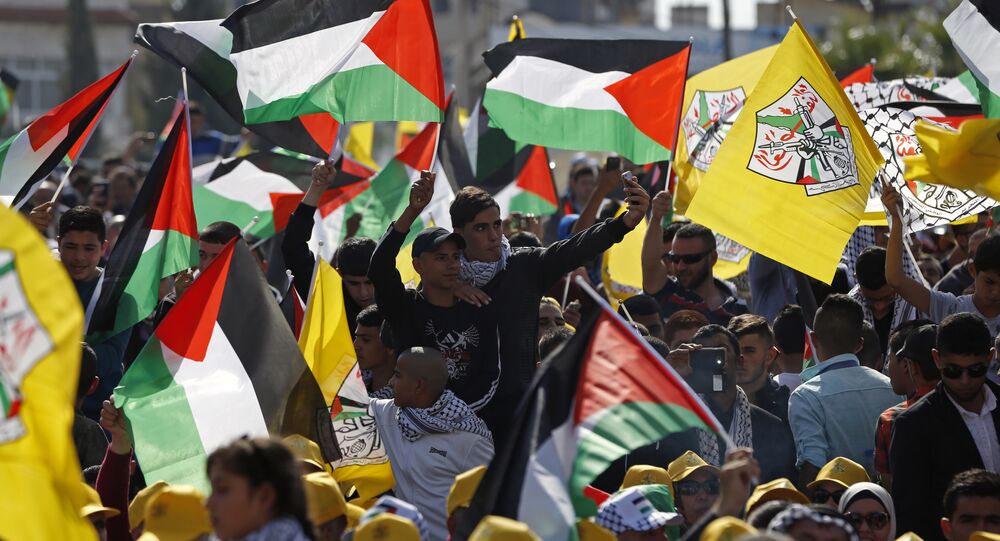 Sputnik correspondent Abed Albay was assaulted on Monday, while he was filming a rally involving both supporters and opponents of the Palestinian movement.

Fatah has dubbed the attack on the Sputnik journalist "unacceptable" and promised to carry out a probe in order to find those responsible for his beating.

"At the moment, I do not have information on this issue. I need just 30 minutes to get an update. But initially, we support freedom of the media and speak against any harassment of journalists. What happened is absolutely unacceptable. It is necessary to understand what happened, and find out whether these were our people or not", spokesman Mahmoud Said stated.

According to the representative of the movement, it is possible there were some provocateurs at the site of the rally, who tried to discredit both Fatah and the embassy.

"I would like to note once again that we are against the harassment of journalists and we will clarify the situation", the spokesman assured.

Albay was filming demonstrations in front of the Palestinian Embassy by supporters of Palestinian President Mahmoud Abbas and their opponents. The mass rallies were sparked by the death of Nizar Banat, a 43-year-old activist from Hebron, who had been detained by Palestinian security services in Beirut.

The correspondent managed to capture several seconds on camera of a group of people beating a young man. The video stops when someone asks him who he was filming for.