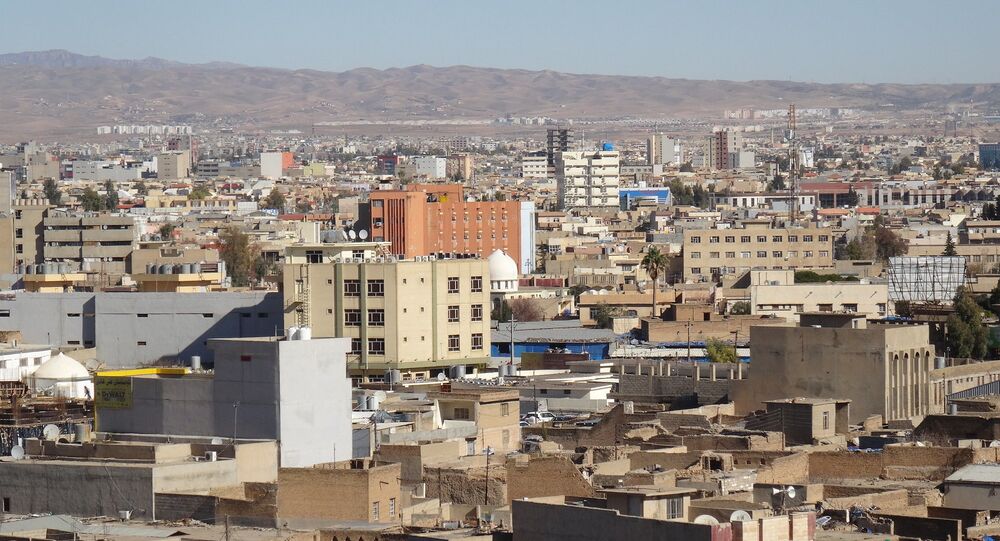 According to media reports, this comes amid an uptick in attacks at sites where American diplomatic and military personnel are based in Iraq, namely — Baghdad International Airport, the Green Zone and Erbil.

According to Al Arabiya, the attack occurred as the Iranian-backed Popular Mobilization Units (PMU) held a military parade near Baghdad.

The US consulate, located just from where the drones fell, has confirmed the attack on Twitter.

Photos allegedly showing the wreckage of the drones were posted on social media.

The wreckage of the drones which targeted Erbil on Saturday.#Kurdistan | #TwitterKurds | #Erbil pic.twitter.com/Bbsmk7StU4

​The attack reportedly inflicted no casualties, but caused some material damage.

The Iraqi parliament voted in in January 2020 to end the presence of all foreign forces in the country in response to Washington's decision to launch a drone attack near Baghdad International Airport that killed senior Iranian top military commander Qasem Soleimani. According to Iraqi Prime Minister Mustafa Al-Kadhimi, the potential of the national security services has increased significantly and will soon enable the country to forgo the need of foreign assistance.