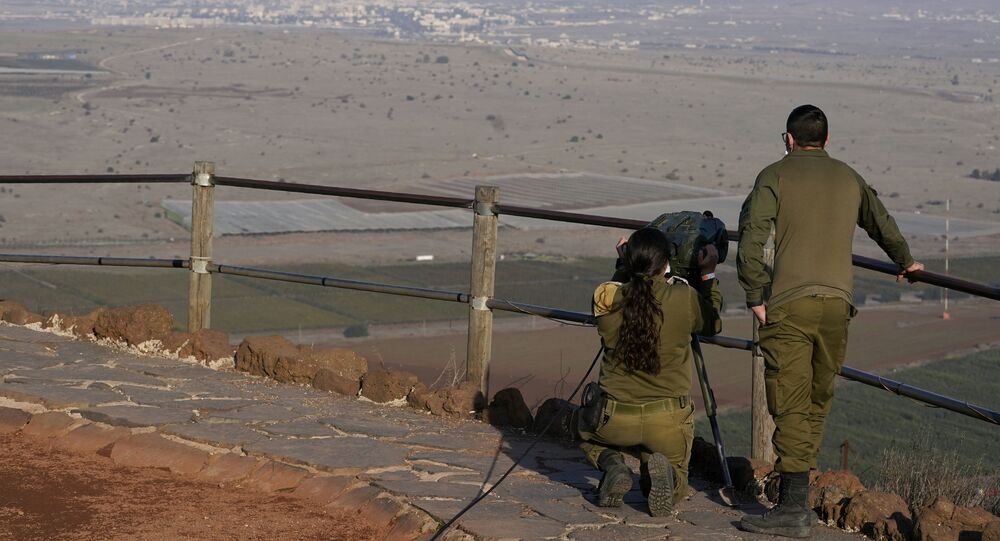 State Dept: US Has Not Changed Stance on Recognizing Israeli Sovereignty Over Golan Heights

Earlier, unconfirmed reports surfaced detailing that the Biden administration was intending to reverse a Trump-era decision to recognize the Golan Heights as under Israeli sovereignty. The claims surfaced from a Washington Free Beacon article published on Thursday that was widely picked up by mainstream news outlets.

The US Department of State reiterated on Friday that the Biden administration has no intention to reverse its stance that Israel holds sovereignty over the Golan Heights, underscoring that any reports saying otherwise are false.

The declaration came less than 24 hours after a report published by the Washington Free Beacon indicated that the US was on the verge of rescinding recognition of Israeli sovereignty over the region. The US government granted its recognition in 2019, under the Trump administration.

The agency’s Near Eastern Affairs Department took to social media to set the record straight, tweeting “US policy regarding the Golan has not changed, and reports to the contrary are false.”

Israel took control of the Golan Heights from Syria during the Six Day War in 1967, later annexing the stretch of land in 1981. While much of the international community has refused to recognize Israel’s claim on the region, the US serves as the only country to offer its support.

© AP Photo / Ariel Schalit
Israeli soldiers drive a tank during an exercise in the Israeli controlled Golan Heights near the border with Syria, Tuesday, Aug. 4, 2020

Within hours of the Beacon report, Israeli cabinet ministers sounded the alarm, with Israeli Foreign Minister Yair Lapid stating that such “rumors” are meant to undermine Israel and “cause real damage” to the state.

The Thursday report was based on February remarks from US State Secretary Antony Blinken, who indicated at the time that the Golan Heights are “very important to Israel’s security,” and that it should hold onto control of the area, so long as Syrian President Bashar al Assad remains in power.

However, it also highlighted Blinken’s statement that the US stance could shift “if the situation were to change in Syria.” It’s worth noting that the secretary of state did underscore that the US was “nowhere near” that option.

To date, the Biden administration has mostly refrained from promising whether it will be maintaining its current stance on the Golan Heights in the future.

Linda Thomas-Greenfield, US ambassador to the United Nations, informed congressional lawmakers during a recent hearing before the House Foreign Affairs Committee that the matter of the Golan Heights remains unchanged, but that it is “an issue that the administration is still working on.”