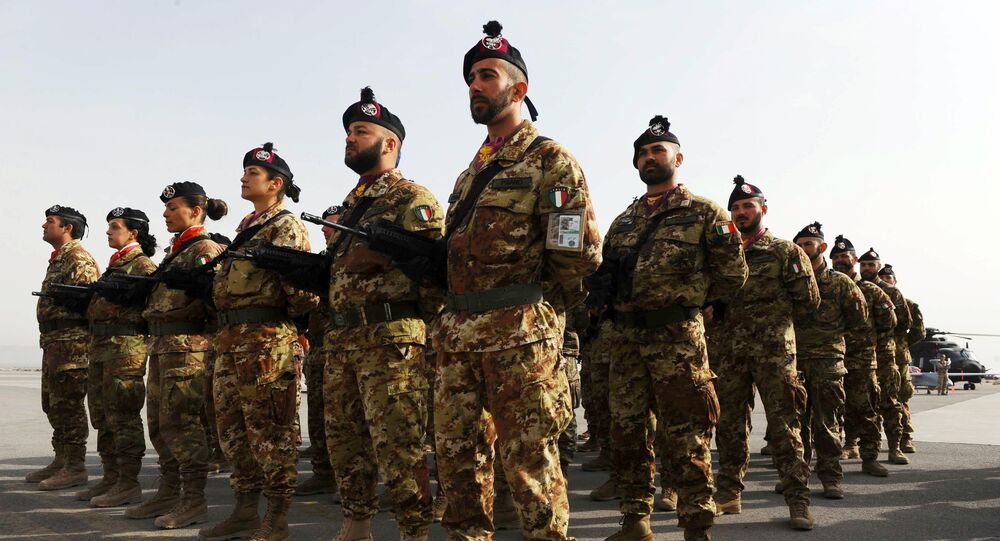 Since taking up space at the Al Minhad facility in the UAE in 2015 for mounting flights over Iraq and as a stop-over en route to Italian facilities in Afghanistan, the base, which hosts aircraft from numerous nations, has been crucial for Italy.

The United Arab Emirates is evicting Italian planes and personnel from a major military installation in retribution for an arms embargo imposed on the UAE by Rome in January this year, Defense News reported on Friday, citing an Italian MP.

Italy has reportedly been given until July 2 to leave the Arab country's Al Minhad airbase, according to Matteo Perego Di Cremnago, an Italian member of parliament and member of the parliamentary military commission.

"The pull-out has already started and while work is underway by Italy to secure a last-minute cancellation of the eviction, I doubt it will succeed," di Cremnago is quoted in the report as saying.

If verified, the eviction might make Italy's current withdrawal from Afghanistan much more difficult.

"When relationships break down in the Gulf it is very hard to resurrect them," the politician noted philosophically.

The last Italian aircraft left the base on Thursday, leaving just residual items to gather, the outlet reported, citing former Italian air force head General Leonardo Tricarico. The eviction, according to Tricarico, is part of the UAE's severe treatment of Italy, as the Gulf nation "has also denied the use of its airspace to Italian military aircraft."

The military base has also been utilized by Italy to support multinational operations in the Horn of Africa peninsula and the Indian Ocean.

The eviction could reportedly be related to Italy's decision in January to impose a ban on the sale of munitions and missiles to the UAE and Saudi Arabia, citing concerns about the Gulf states' military intervention in Yemen.

The two countries are members of a coalition fighting Houthi rebels in Yemen, where a civil war triggered a huge humanitarian disaster. sparking concerns from the United Nations.

Luigi Di Maio, the Conte government's foreign minister at the time, has reportedly claimed credit for the embargo, calling it a "clear message of peace sent by our country" and emphasizing that "the respect for human rights is a mandatory commitment for us."

"This is the moment the Five Star party in Italy needs to take responsibility for a huge geo-strategic mistake – this eviction is emblematic of a broken relationship with an ally. Italy had invested a lot in the base and hoped to expand its presence there," di Cremnago stated.

Houthi Militants Claim They Have Downed American-Made Drone Over Yemen