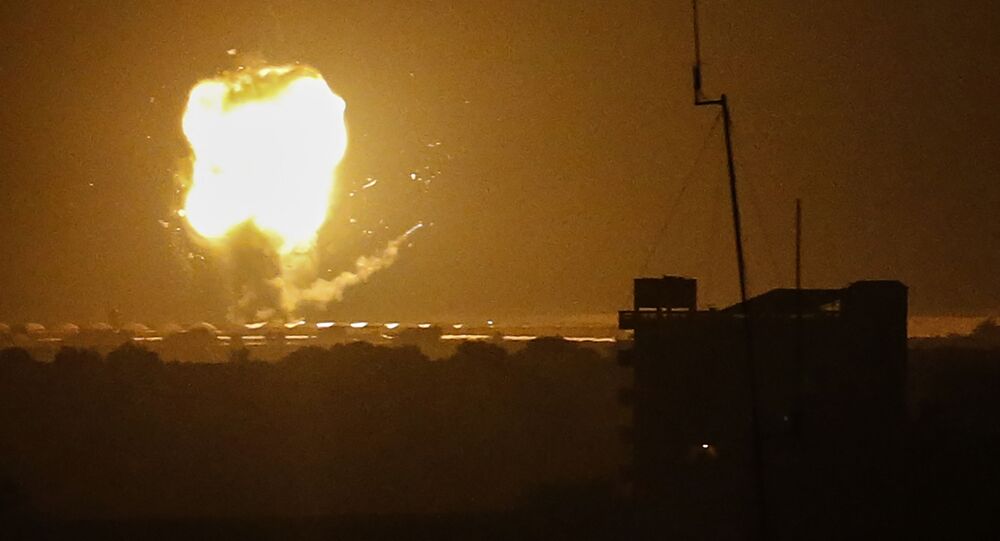 MOSCOW (Sputnik) Ksenia Shakalova - International donors are becoming more reluctant to allocate funds for humanitarian needs in the Gaza Strip due to lack of progress in the resolution of the Israeli-Palestinian conflict, International Committee of the Red Cross (ICRC) President Peter Maurer said.

"We have seen many escalations in a row between Israel and Palestine. So many donors, when [I] approach them and ... ask them for money now to reconstruct Gaza, they say 'why should we?' 'Why would we pay money for a conflict which risks destroying our money the next day?' So understandably the international community wants to see progress," Maurer said on the sidelines of the 9th Moscow Conference on International Security (MCIS).

With the recent hostilities leaving the Gaza Strip in ruins, the ICRC needs even more assistance in rehabilitating basic health infrastructure to ensure access of medicines and medical equipment into the area, he noted.

"Israel-Palestine is our most underfunded operation in the Middle East. I have a little bit of an understanding about the international community being tired of spending money on a humanitarian issue if there is no political will on both sides," Maurer added.

At the moment, Maurer continued, the international community, whether it is the EU, the US or Russia, is not particularly generous when it comes to financing humanitarian projects in conflict-hit countries, as all efforts are currently focused on combating the coronavirus pandemic, with all social services money having been absorbed by important COVID-19 programs.

"We are in situations where the international community is increasingly reluctant, donors are tired of financing major issues, COVID-19 has come as a competitor for other humanitarian issues, all the social services money has been absorbed by important COVID-19 programs, big economies have launched programs which are costly to save their economy," Maurer said.

The ICRC head also said that even those conflicts that seem to go in a better direction — such as in Libya or Syria — need more money to maintain precarious stability.

"So I think that we need both: we need political support for all these peace processes and reconciliation processes and trust building processes and this is critical, but at the same time, we need resources," he concluded.

In early May, an Israeli court ruled to evict several Palestinian families from East Jerusalem, which led to the worst violence between Israel and Palestinians in the Gaza Strip in recent years. The two sides exchanged thousands of rockets, and multiple victims were recorded from both during the hostilities. The conflict ended with a ceasefire on 20 May.

This year's MCIS ran from 22-24 June and gathered defence officials and experts from nearly 50 countries.