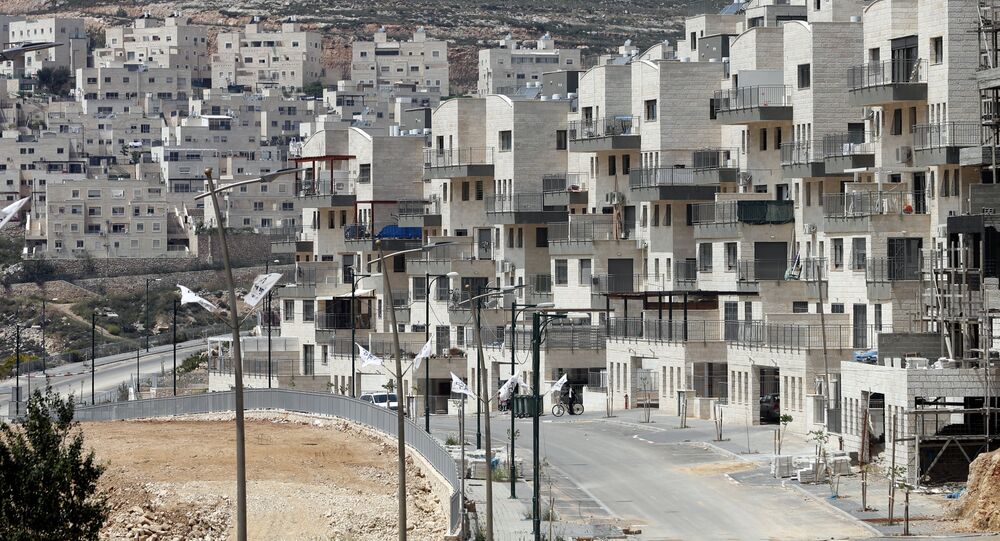 While the Arab Ra’am party won concessions making it harder for the Israeli government to demolish Palestinian homes when it joined Yair Lapid’s coalition, the central issue of settlement foundation and expansion was never touched on, leaving Prime Minister Naftali Bennett to pursue an annexationist agenda unimpeded.

The Israeli government has made its first approval to new settlement construction in the West Bank since Bennett became prime minister earlier this month.

The projects include a shopping mall in Mishor Adumim industrial zone, a school for children with special needs in Elkana, and yeshiva and synagogues in both Karnei Shomron and Kfar Adumim, as well as a small number of new housing units in Yitzhar.

Bennett, leader of the right-wing Yamina party, became prime minister on June 13 as part of a diverse coalition of parties that united to oust Likud’s Benjamin Netanyahu from his 12-year term as prime minister. While the coalition required extensive compromises by all parties, which includes right, center, and left-wing parties, Zionist Jews and Islamist Arabs, Bennett managed to avoid giving up one of his most important political goals: the continued Jewish settlement of the West Bank.

Speaking on June 13 before his inauguration, Bennett vowed to expand Israeli settlement in all three areas of the West Bank - A, B, and C - in spite of United Nations resolutions condemning the settlements as well as the Israeli military occupation of the West Bank as violations of international law. Like many Zionists, Bennett views the West Bank as part of the old Hebrew kingdoms of Samaria and Judea, which were destroyed by the Assyrians in 720 BCE and Chaldeans in 582 BCE, respectively, and thus should be annexed into the Israeli state.

Accordingly, since Bennett took office, settlers in the West Bank and Jerusalem have pushed harder for proposals for construction and the displacement of Palestinian families to be accelerated.

While the Arab party Ra’am won from the coalition a three-year suspension of the Kamnitz Law, which greases the wheels of the destruction of Palestinian buildings, which are often built without licenses and thus illegal, the demolitions have continued. According to Middle East Eye, Palestinians in the village of Khashim Zannih in southern Israel, and in Shefa-Amr, near the city of Haifa, have both been served demolition orders since Bennett’s inauguration.

Also at stake is the settlement of Evyatar, an Israeli settlement near Beita quickly established in the last month that is illegal even by Israeli standards. Attempts by the settlers to expedite the awarding to them of the state land it sits on have been rebuffed, and Israeli authorities have pledged the community will be removed.

On Monday, Deputy Prime Minister Yair Lapid told the Times of Israel Evyatar “will be evacuated. It is illegal. It is not at all a question of right or left. It is an order from the army and the civil administration.”

West Bank Palestinians have protested widely as well recently, including in the “Days of Rage” demonstrations accompanying the Israeli government’s approval of a nationalist march through Jerusalem to celebrate its seizure in the 1967 Six Day War and against the expansion of settlements in the West Bank.

On June 11, two days before Bennett’s inauguration, the Palestinian Red Crescent reported that 15-year-old Mohammad Said Hamayel had been shot and killed by Israeli police in Beita during a Palestinian protest against the Evyatar settlement, which they said cuts them off from their olive groves. He is the fourth Palestinian killed in Beita protests recently. In Kufr Qaddoum, residents reported Israeli police had stormed their village during a weekly protest, firing rubber-coated steel bullets and tear gas.

Meanwhile, in the East Jerusalem neighborhood of Sheikh Jarrah, violence has worsened in recent days, as Israeli settlers seek to drive several Palestinian families out of the neighborhood. A lower court ruled in favor of a claim by settlers in early May, but the Supreme Court has yet to deliver its decision after the families appealed.

​On Monday, video emerged of Israeli police raiding a home in the neighborhood and using stun grenades on the residents. The following day, Palestinian and Jewish protesters in the neighborhood threw objects, including fire bombs, at each other, and Israeli police responded by spraying Palestinians with skunk water and arresting at least four protesters. Another 20 were reportedly injured.

Similar violence in early May helped to spark an 11-day war after Israeli police raided Al-Aqsa Mosque in Old Jerusalem, injuring hundreds of Muslim worshippers in response to protests at the nearby Damascus Gate. When Hamas in the Gaza Strip fired off rockets they said were in Al-Aqsa’s defense, the IDF replied with airstrikes, which by the end of the conflict on May 21 had killed more than 250 people. Hamas rockets killed 13 in Israel, as most of them were intercepted by the Iron Dome air defense system.

Edit: A previous version of this story said Evyatar was a Palestinian settlement. It is Israeli.