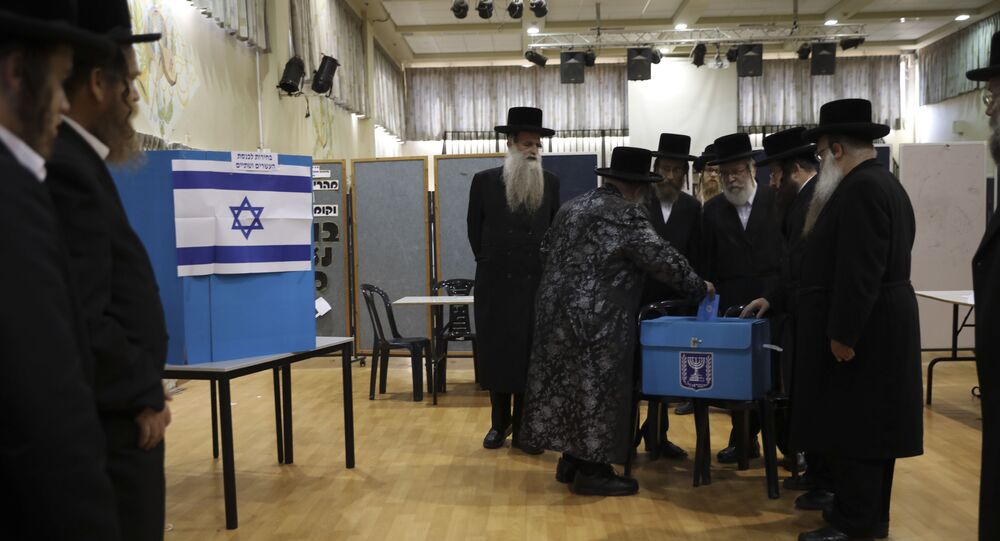 Israel's Religious Parties Have Lost Power for Now, But They Might Make a Comeback

Up until recently, when they were still part of the country’s governing coalition, the Haredi parties enjoyed a steady flow of cash, poured into their community and their religious institutions. Now as they find themselves among the opposition in the Knesset, that equation might change.

One week after Israel swore in its new government, that pushed former Prime Minister Benjamin Netanyahu and his satellite Ultra-Orthodox parties to the opposition, the coalition decided to open a probe into the Mount Meron stampede that led to the death of 45 Jewish worshippers in late April.

Previously, it was reported that representatives of the religious parties had pushed to allow a gathering of tens of thousands of people at the shrine that has been known for its poor maintenance.

© REUTERS / RONEN ZVULUN
Ultra Orthodox Jews look at stairs with waste on it in Mount Meron, northern Israel, where fatalities were reported among the thousands of ultra-Orthodox Jews gathered at the tomb of a 2nd-century sage for annual commemorations that include all-night prayer and dance, April 30, 2021

They were the ones who put pressure on Netanyahu to turn a blind eye to multiple warnings about the inability of the site to provide adequate crowd control.

Now, a national probe will investigate their involvement and might even bring those responsible to justice for their alleged negligence.

The Haredi community is already eyeing the decision with growing concern. For them, the probe is only a political tool aimed at punishing the Ultra-Orthodox community and its representatives.

Recent weeks have seen a lot of bad blood between the Haredi parties and members of the new government. Before the swearing-in ceremony that took place last Sunday, members of the Ultra-Orthodox parties attacked the prime minister-to-be Naftali Bennett, calling him "evil" and urging him to "remove the yarmulke he was wearing".

During the ceremony, his speech was interrupted and shortly after his government was sworn in, the Haredi parties vowed to join forces with Netanyahu in a bid to eventually replace what they branded as a "dangerous left-wing government" that put "the Jewish nature" of Israel at risk.

But Dr. Shuki Friedman, Director of the Centre for Religion, Nation and State at the Israel Democracy Institute, says the current coalition is unlikely to jeopardise "the Jewishness" of the state.

"According to the coalition agreement, the status quo on issues of religion and state will remain. While the government will introduce some changes like allowing more freedom when it comes to kosher food, many topics will be unaltered."

This is the reason, believes the expert, that the real motivation of the Ultra-Orthodox parties runs much deeper than their public declarations.

"They have been part and parcel of Israeli coalitions for twenty years or more. Now they lost their position and this causes frustration."

Throughout the years, that position of power brought the Haredi parties many dividends. It provided their religious institutions with a steady flow of cash that accumulated to billions of dollars over the decades. It enabled them to get benefits on various services including discounts on real estate, and it also kept most of their young people away from military service, which is mandatory to the rest of Israelis.

The current government will be unlikely to change that equation, partially because it will need the support of the opposition, that will not agree to the move, and partially because its coalition members will be struggling to reach a common ground on matters that have been splitting Israeli society for years.

Yet, one thing might end up changing -- the injections of cash. Even before the current coalition was sworn in, several of its members slammed the Ultra-Orthodox parties for the money they have been receiving. Some have even vowed to stop those steady provisions. This makes the Haredi parties worry, primarily because banging out lucrative deals from the benches of the opposition will prove to be difficult, if not impossible.

The question is for how long. Israeli experts believe that the days of the country's current coalition that comprises of eight parties with opposing ideologies are numbered, and this means that the Ultra-Orthodox parties might soon be coming back, with yet a greater force.

"Historically speaking, many of Israel's past governments have relied on them. So they might make a comeback. For now, however, they will need to sit down and wait for better days."