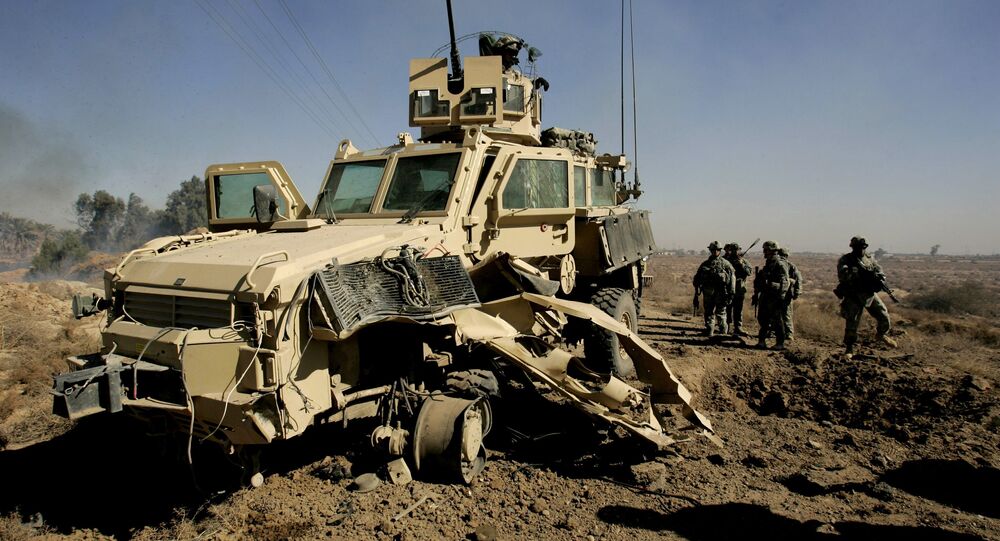 Earlier, unconfirmed reports detailed that Iran-backed militias were beginning to turn to fixed-wing drone attacks in the region so that strikes could go undetected on defensive systems. US officials previously stated that the threat was one of the bigger concerns for US service members.

Preliminary reports have indicated that a drone attack has struck a military facility near Baghdad International Airport in Iraq that houses US service members, it was revealed Monday.

It's presently unclear if the incident has caused any injuries, fatalities, or structural damages. Iraqi officials have not yet confirmed initial reports.

© AP Photo / Khalid Mohammed
In this Dec. 28, 2005 file photo, an Iraqi Airways plane sits on the tarmac at Baghdad International Airport. European and Dubai-based airlines have begun rerouting flights over Iraqi airspace as a security precaution, though Iraq says its skies are safe

The latest incident comes several days after an unidentified drone dropped multiple explosive projectiles toward the same facility. At the time, Press TV cited a security source who informed Shafaq News that the drone targeted a wall at the base.

Drone strikes in the region are not uncommon by any measure. Two drone strikes were previously downed by air defense systems at Iraq's Ain al-Asad Air Base in early June, with another drone attack being carried out against a US State Department facility near the Baghdad airport just days later.