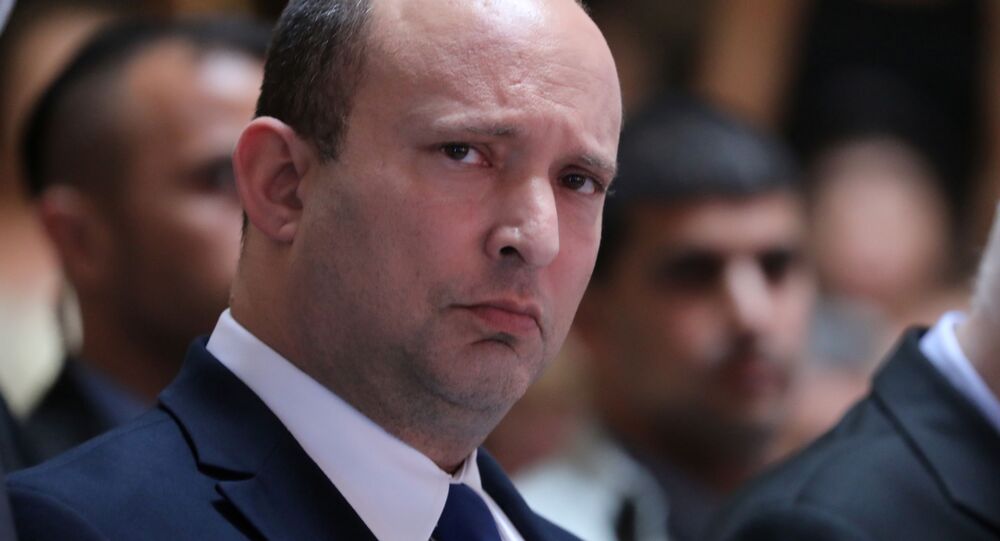 Israeli Prime Minister Naftali Bennett exemplified solidarity with his predecessor, Benjamin Netanyahu, regarding the possible revival of the Iranian nuclear deal, abandoned by the US in 2018. Tel Aviv has consistently claimed that the deal, currently negotiated by the parties to the agreement in Vienna, would boost Tehran’s nuclear aspirations.

The head of the newly elected Israeli government, Prime Minister Naftali Bennett, said on Sunday that his country would continue attempting to prevent Iran from acquiring nuclear weapons and called for the US to not revive the 2015 Iranian nuclear deal, abandoned by the Trump administration in 2018.

“Raisi’s election is, I would say, the last chance for world powers to wake up before returning to the nuclear agreement, and understand who they are doing business with," he said during his address to cabinet, cited by Reuters. "A regime of brutal henchmen must never be allowed to have weapons of mass-destruction […] Israel’s position will not change on this.”

The 13th presidential election in Iran concluded on Saturday night, with Raisi gaining 17.9 million votes in a turnout of 48.8%.

Bennett, who took the office on June 13 as the 13th prime minister of Israel, was said to concur with Netanyahu’s view that Iranian nuclear activity poses a significant threat to Israel’s security, although Tehran has been adamant in its stance that it doesn't seek to acquire nuclear weapons.

Despite the fact that the nuclear deal’s main aim was to put restrictions on Tehran’s nuclear program and to ensure its peaceful purpose, Tel Aviv has been in opposition to the landmark agreement, also known as the Joint Comprehensive Plan of Action (JCPOA), sinсe it came into force in 2016, calling for broader restrictive measures that would include some of Iran’s "destabilizing activities" in the Middle East, including Tehran's alleged support to regional "terrorist groups" and attempts to influence internal affairs. Iran has repeatedly refuted Tel Aviv's accusations.

Negotiations on the future of the JCPOA have continued since April, as the current US administration and Iran have expressed their intention to bring the treaty back to life. It’s unknown to what extent the original deal may be modified, but both sides, so far, have laid down their conditions – Tehran has demanded the removal of all sanctions, while Washington is requiring the Islamic republic to return to its nuclear obligations in the deal.

In-person talks between Iran and other participants of the agreement, Russia, the UK, France, Germany and China, are being held in Vienna, with Washington representatives involved in separate consultations. With the sixth round of the talks concluded on Sunday, Russian representative suggested that the next could be the last, as sides are close to reaching an agreement.

Iran has long called on the other JCPOA signatories to bring the US back to the deal, after the Trump administration unilaterally withdrew the US from the agreement in 2018 and reimposed a severe sanction regime, despite the UN’s nuclear watchdog noting Tehran had been fully complying with the JCPOA.

Iran has stepped away from a number of the agreement’s conditions over recent months, and has declared its readiness to reverse its actions for a new nuclear deal. Tehran has stressed many times the peaceful character of its nuclear research and has consistently observed that it will not pursue the creation of weapons of mass destruction.

Iran Can Restore Oil Exports Within One Month of Nuclear Deal Being Fixed, Official Says