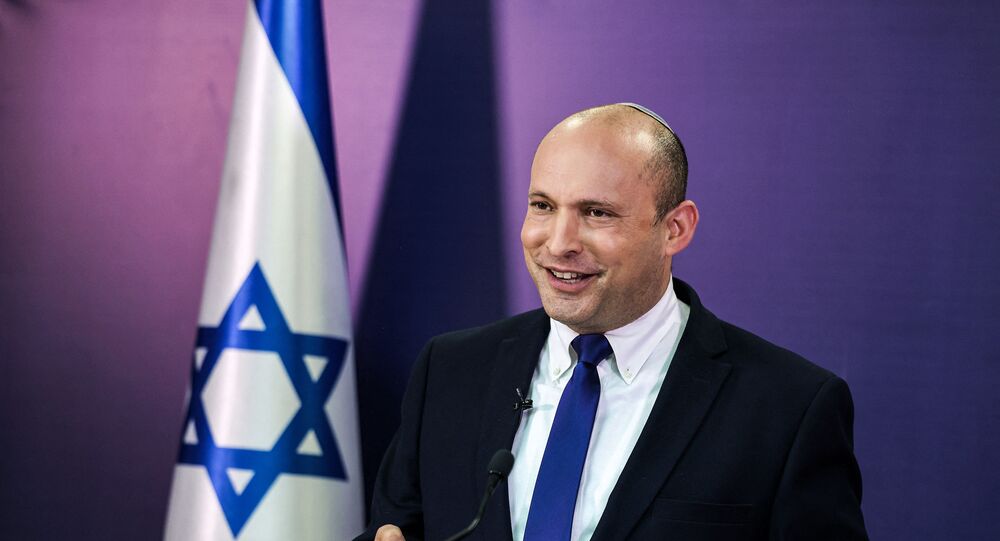 The chief of the Yamina party will need to address a number of burning issues that bother the Israeli public, including passing the national budget and unifying the largely divided society. But his party's advisor says he's got the traits that could steer the country through its challenges.

On Monday, Israel's new Prime Minister Naftali Bennett met with the head of the opposition, Benjamin Netanyahu, for their first meeting that kicked off the transition of power.

DNA of a Good Leader?

The meeting only lasted half an hour, much less than what Netanyahu received in 2009, when he assumed office from then-prime minister Ehud Olmert, but Jeremy Saltan, a political advisor to the Yamina party, who has known Bennett for years, says he will be a good prime minister for Israel.

"He is a multi-tasker, a creative mind, who thinks outside of the box. He is dedicated, the kind of a boss that comes in first and leaves last. He is goal-oriented and always aims at getting results."

Over the years, these and other qualities have brought Bennett much-anticipated success. While serving in the IDF's elite unit, he was appreciated by his commanders. And when he left the service and invested his time and efforts into setting up his own high-tech company Cyota, that specialised in information security, it soon paid off, bringing Bennett millions of dollars in revenue.

But instead of retiring early and in comfort, Bennett left the tech sector and chose to join Netanyahu, who in 2005 was the head of the opposition, and serve as his bureau chief.

That partnership ended in 2008, when Bennett decided to leave that post, and four years down the line he formed his own party that throughout the years has gone through a number of metamorphoses. However, it was thanks to that party that Bennett received an array of important posts within Israel's parliament.

"He was a successful education minister. Then he was successful as Minister of Economy and then as a defence minister. He comes with big achievements and a proven record."

However, the Israeli media has not always been ready to embrace him. While he was hailed as one of Israel's best defence ministers, his performance in education and the economy drew criticism; his hawkish views have been often slammed and branded as radical and extreme.

That was until he decided to change course and start talks on forging a coalition with the head of the liberal Yesh Atid party Yair Lapid.

That move got Bennett a pat on the shoulder from the media and some liberal circles. But on the right, his conservative camp has been largely divided.

A recent poll found that 61 percent of Yamina voters would not have cast their vote in favour of Bennett, had they known he would opt for the liberal camp that's relying on Raam, an Islamic party with purported ties to the Muslim Brotherhood movement.

Another one released just days before the swearing-in of the new government found that Bennett's Yamina, which received seven seats in recent polls, would go down to four seats only, barely surpassing the threshold of 3.25 percent that opens the doors to the Israeli parliament.

But Saltan looks at these findings and other similar polls with scepticism. "We have seen a lot of negativity from Netanyahu and his satellite parties but we haven't seen significant disappointment from our voters, simply because we delivered on our main promises like avoiding another round of elections. And this is why most of our voters have remained with us."

Now, Yamina together with seven other partners of that coalition will need to produce results, or else face the rage of the Israeli public.

The agenda of Bennett is already packed with a number of burning issues that need to be addressed.

In foreign affairs, Bennett will focus on forging better ties with the United Arab Emirates and Bahrain, the two Gulf nations that normalised their relations with Israel in October 2020. He will also concentrate on the shaping deal between Iran and the West, and just like his predecessor Netanyahu, he is likely to oppose it, primarily because he too views it as a threat to the Jewish state's security.

On the domestic front, Bennett will also have a number of pressing issues to solve, principally Israel's national budget, that was passed for the last time in 2018 that subsequently caused much friction between recently-departed prime minister Netanyahu and his coalition partners.

"It is our priority to pass the budget. Israel was the only country in the world without a budget in 2020 and in the beginning of 2021. Now we need to be quick on deciding how we will be spending the money of Israeli tax payers."

Bennett and his team have already compiled a list of spheres in which they would like to invest that money. Apart from tackling the repercussions of the coronavirus pandemic that harmed businesses and individuals, they are also set to inject millions into improving transportation, connecting the periphery to the centre and pouring significant funds into hospitals and universities across the country.

Money will also be needed in the sphere of security, especially given the fact that "these issues have never gone away". But Saltan says Israel's internal problems will take an ultimate priority.

"Israel is currently divided and Bennett will need to heal and unify that nation."

That, however, will not be an easy task. Even inside his own government, Bennett and his coalition partners don't see eye-to-eye on a number of important issues, including the status of Jerusalem, settlement activity and the Israeli-Palestinian conflict. And this was the reason why many Israeli experts have already predicted that the days of that union between eight ideologically different parties are numbered.

Yet, Saltan says the coalition is likely to stick together.

"It is not in anyone's interests to rock the boat. Firstly, It is true that each party has its own interests but each one of us also wants to pass laws that would cater to our voters, and the only way to do it is by working together."

"And, secondly, Netanyahu is not going anywhere. He is staying in the opposition and this means that if this government falls, he is likely to return, and this is something nobody wants to see happen."