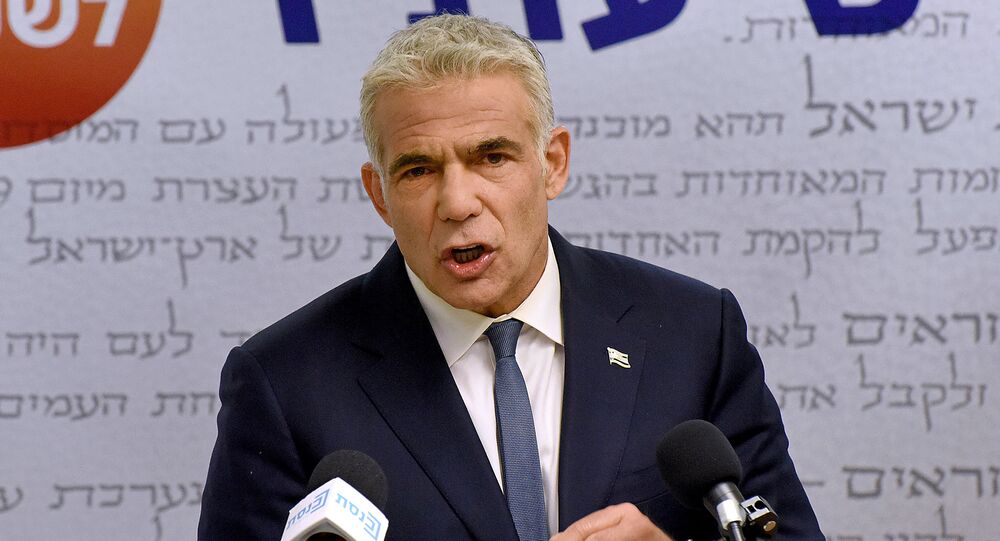 The changes to Tel Aviv's diplomacy comes after the opposition coalition of right, left and centrist parties won the confidence vote on Sunday thus paving the way to form a new government and bring to an end the unbroken 12-year run of Prime Minister Benjamin Netanyahu who in the Nineties had served as prime minister for three years.

New Israeli Foreign Minister Yair Lapid has lambasted the foreign policy of former prime minister Benjamin Netanyahu, claiming that under him Tel Aviv "abandoned the international arena" and spoiled ties with some of its important allies – both in Europe and the US.

"Our relationship has been neglected and become hostile with too many governments. Shouting that everyone is anti-Semitic isn't a policy or a work plan, even if it sometimes feels right," Lapid said addressing members of the ministry.

Lapid specifically indicated that because of the actions of previous cabinets, Tel Aviv ended up having "hostile" ties with Europe, holding Netanyahu responsible for perpetuating this state of affairs.

He went on to point out the mistakes his predecessors and the former prime minister made regarding relations with Israel's greatest ally – the US. He called out Netanyahu over carrying out the "careless and dangerous gamble" of focusing "exclusively" on the Republican Party, ignoring their Democrat counterparts.

"We [now] find ourselves with a Democrat White House, Senate and House and they are angry. We need to change the way we work with them," Lapid said.

The new foreign minister shared that he has already started working at mending ties with allies abroad. He has already spoken to US Secretary of State Antony Blinken and the two agreed to build their new ties on "mutual respect and better dialogue".

On his first day in his new role, Lapid also started contacting partners in Europe. He namely "exchanged messages" with French President Emmanuel Macron and had a telephone call with the European Union's Foreign Policy chief Josep Borrell.

There are some aspects of Tel Aviv's diplomacy that, however, won't change despite the new people in charge. New Prime Minister, Naftali Bennett, made it clear in an address to the Knesset that his government will be just as opposed to the restoration of the Iran nuclear deal as his predecessor was - at least in its original form. He said he was ready to confront the US and European nations on this matter.

Same Challenges, New Faces: Who's Who in Israel's New Government