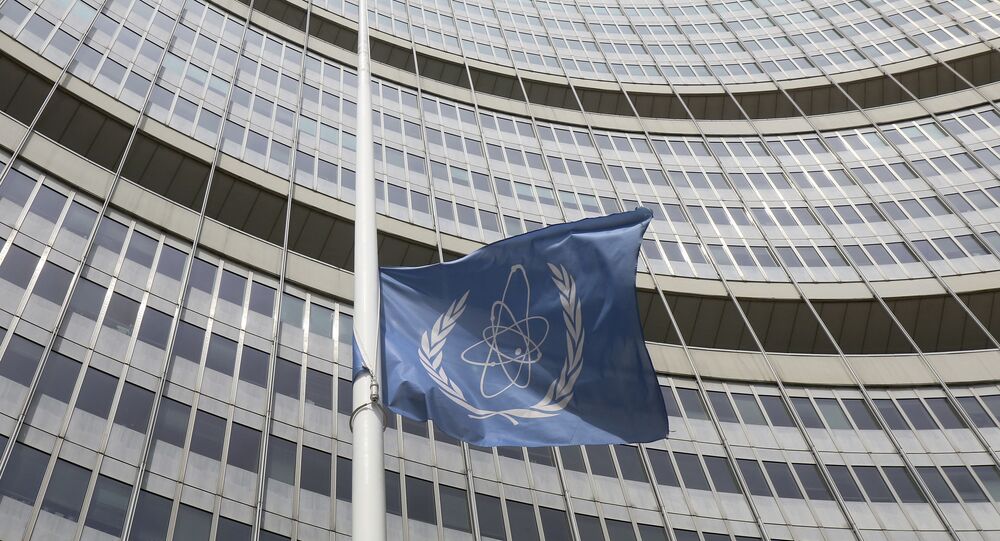 Israel maintains a nuclear ambiguity strategy in which it neither confirms nor denies having nuclear weapons. However, it is widely assumed that the Jewish State is one of just nine nuclear-armed countries in the world. Israel is believed to have the Middle East’s only nuclear arsenal with estimations ranging from at least 90 warheads to over 200.

Qatar argues the International Atomic Energy Agency (IAEA) should closely monitor Israel's nuclear activities and oversee its nuclear reactors, highlighting the necessity for Israeli nuclear reactors to be opened to inspectors as soon as possible.

Sultan bin Salmeen Al Mansouri, Qatar's Ambassador to Austria and Permanent Representative to the United Nations and International Organizations in Vienna, delivered the remarks on Saturday during a meeting of the IAEA's Board of Governors in Vienna.

According to a statement released by Qatar's Ministry of Foreign Affairs, the Qatari envoy emphasized "the importance of Israel cooperating with the International Atomic Energy Agency on its nuclear capabilities and opening its atomic reactors to inspectors."

According to the PressTV report, Mansouri's comments come in reaction to claims made against Qatar by the Israeli representative at the IAEA meeting.

Mansouri warned the Israeli envoy to "stop giving speeches of incitement and deliberately obliterating facts, and not to evade revealing the truth about Israel's nuclear capabilities."

“All Arab countries, including the State of Qatar, joined the Treaty on the Non-Proliferation of Nuclear Weapons [NPT] and adopted and agreed to all international resolutions calling for the Middle East to be free of nuclear weapons, while Israel refuses to engage in these efforts,” the Qatari envoy is quoted in the statement as saying.

Israel has thus far refused to sign the NPT, citing its refusal to allow international inspectors to observe its contentious nuclear program.

Mansouri also spoke about the recent 11-day Israeli-Palestinian conflict. The envoy inquired whether “there are guarantees that Israel will not use its weapons in an irresponsible way in the future, including the terrifying possibility of using nuclear weapons.”

The Qatari envoy slammed “Israel's behavior in its policy toward Palestinians, its failure to observe international law, and its use of all kinds of weapons to oppress the Palestinian people.”

During the 11-day conflict, Hamas fired about 4,300 rockets into Israel, with the majority of them being intercepted by Israel's Iron Dome air defense system. And Israeli Defense Forces retaliated with airstrikes against Gaza Strip settlements and residential buildings within, claimed to be used by Hamas operatives.

“The recent Israeli aggression on Gaza, and the excessive and disproportionate use of force against civilians and the destruction of civilian infrastructure, angered world public opinion,” the statement read.

According to the statement, he also asked the international community and key institutions to embrace the goal of ridding the Middle East from nuclear weapons and to take real efforts toward that objective, based on their legal and moral duty.

The Jewish State's nuclear program was exposed by whistleblower Mordechai Vanunu, a former technician at the Dimona nuclear site, who passed over proof of the country's nuclear program to the Sunday Times newspaper in 1986. He fled Israel prior to the revelations, but was kidnapped by Mossad after the news broke out, and sentenced to 18 years in prison, but was released in 2004.