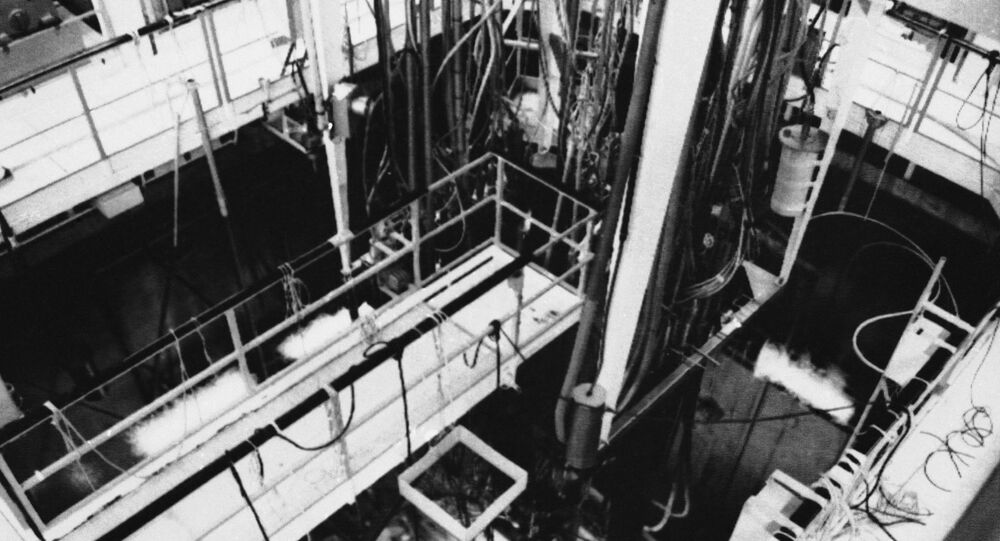 A new memoir reveals how Israel, with US backing, tried unsuccessfully for years to stop France and other countries from helping Iraq develop its own nuclear power industry — first through diplomacy, then spying and intimidation, then finally sabotage attacks on French soil.

An Israeli atomic engineer has revealed that Mossad agents sabotaged equipment for Iraq's nuclear power station before it was exported from France.

He reveals how agents blew up a pair of reactor cores bound for the Osirak power station near Baghdad in 1979, two years before Israel's Operation Opera air raid that destroyed the facility, also known as Tammuz, before construction was complete.

Ron said Israel Atomic Energy Commission (IAEC) scientists advised the intelligence services and armed forces on both operations — but Mossad's covert operation in 1979  failed because they did not listen to the experts' advice.

Saddam Hussein, then deputy chairman of the Ba’ath Party Revolutionary Command Council, launched the Iraqi project to build a nuclear power station with French know-how in the early 70s years before he became president in 1979. Even with support from US president Jimmy Carter, who took office in 1977, Israeli was unable to dissuade France from helping Iraq through diplomatic means.

Ron said he and colleague Matti Halahmi were among those brought in.

"In the Mossad office we went over all of the information that flowed in from abroad concerning the construction of the reactor, to figure out where in France they were manufacturing the parts, as the reactor being built was an exact copy of the central nuclear reactor at Saclay in Paris," Ron said.

Hofi gave overall control of the project, dubbed 'New Era', to his deputy Nahum Admoni, who recruited a team of IAEC scientists, a new Unconventional Weapons team (NABAK) and members of the IDF's Unit 8200 intel outfit. Admoni tasked them with coming up with plans for stopping Iraq's ambitions, divided into "soft" and "loud" stages.

Mossad infiltrated French and other firms working on the project, obtaining blueprints of the plant. Unit 8200 tapped phone calls, teleprinter transmissions and other communications. Agents were recruited from among the 2,000 foreign staff working on the Iraqi civil project.

The "soft" stage involved agents from Mossad's 'Caesarea' and 'Keshet' branches targeting French, Italian and other technicians, engineers, scientists and executives involved in the project with phone calls and letters "advising" them not to work on the project — followed up with threats when that failed.

With the power station nearing completion in 1979, Begin ordered Hofi to implement the "loud" stage.

On April 6 1979, Mossad agents broke into a warehouse of the French CMIM firm in La Seyne-sur-Mer, on the Mediterranean coast west of Toulon.

“We were kept informed about the manufacturing operations at the Toulon shipyard," Ron said. "One day, we even received information that mentioned a ‘clean room.’ This led us to the conclusion that it was desirable to blow up a key part of the reactor and cause damage so that the French would need many months to resume the construction of the structures”.

© REUTERS / POOL
Netanyahu Vows ‘Not to Allow a Nuclear Iran,’ Even at Cost of Israel’s ‘Friction With US'
While two female agents distracted security guards, others planted time-bombs on two vessels destined to be used as reactor cores in the Osirak reactor, scheduled for shipment to Iraq a few days later. Ron says he and Halahmi from the Dimona plant volunteered to accompany the Mossad sabotage team to make sure the explosives were planted in just the right spot.

The explosions badly damaged the cores, but did not destroy them. Hours later, anonymous phone calls to French newspapers planted the misinformation that a fictional environmentalist group had carried out the operation. Authorities did not buy it.

"Ultimately, the blast was carried out and the team returned safely to Israel, but the objective was not fully achieved. The French quickly repaired the damage,” Ron said.

Following the failure of the Toulon operation, Admoni decided a direct military attack on the Iraqi power station was the only remaining option. But the initial plan was for a commando-style raid by Israeli troops, not an air raid.

Ron recalls that he was given a key role in the planning for the operation: scouting the French Osiris reactor in Saclay, a suburb of Paris, which the Tammuz facility was a copy of.

“I was asked to fly to France to visit the twin reactor,” he wrote. “to determine the route for walking from the entrance to the bottom of the core — the place where they had to affix the explosives”.

That plan was ultimately dropped in favour of the June 7 1981 raid by the Israeli air force, which killed 10 Iraqi servicemen and one French contractor.

“The day after the operation, a meeting was held at the Mossad where I explained that the bombing of the reactor had been very successful and that it would be impossible to rebuild it,” Ron said.

Frustrated that he was not appointed director of the Dimona facility, Ron quit the IAEC in 1982.