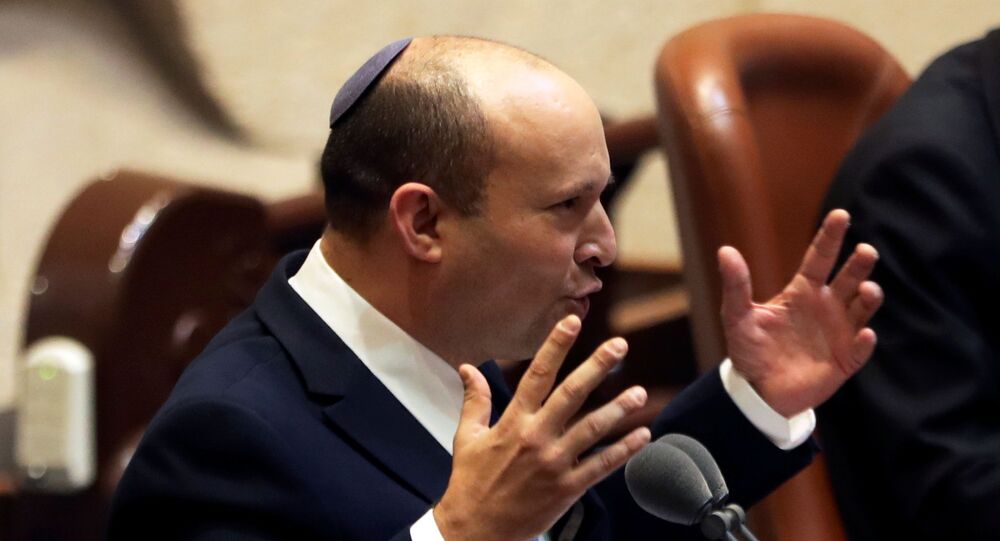 On 2 June, Yair Lapid, the leader of the opposition party Yesh Atid, informed President Reuven Rivlin that he had forged a coalition that could unseat current PM Netanyahu, after the chief of the Yamina party, Naftali Bennett, okayed the formation of a joint government that would have rotating offices with him at the helm for the first two years.

The speech of Naftali Bennett, the Yamina party leader who is to succeed Benjamin Netanyahu as the Israeli prime minister, at the Sunday special parliamentary session was repeatedly interrupted by the outgoing leader's supporters shouting "liar" and "shame."

Bennett is unable to complete even one sentence. Lots of disturbance from Likud ministers and MKs and from ultra orthodox parties. Some MKs (religious Zionism) were banned and ousted pic.twitter.com/zdFsRRcWJ4

The special session was convened to swear in the new Israeli coalition government created by Netanyahu’s opponents after years of political instability and rounds upon rounds of early elections.

Bennet started his speech, expressing his gratitude to Netanyahu and his wife Sara.

In early June, Israel’s opposition leaders announced that they set up a coalition, which has 61 of 120 parliamentary seats, to form a new government. According to opposition agreements, Bennett will be a prime minister, while Yair Lapid, Yesh Atid party leader, will replace him after two years.