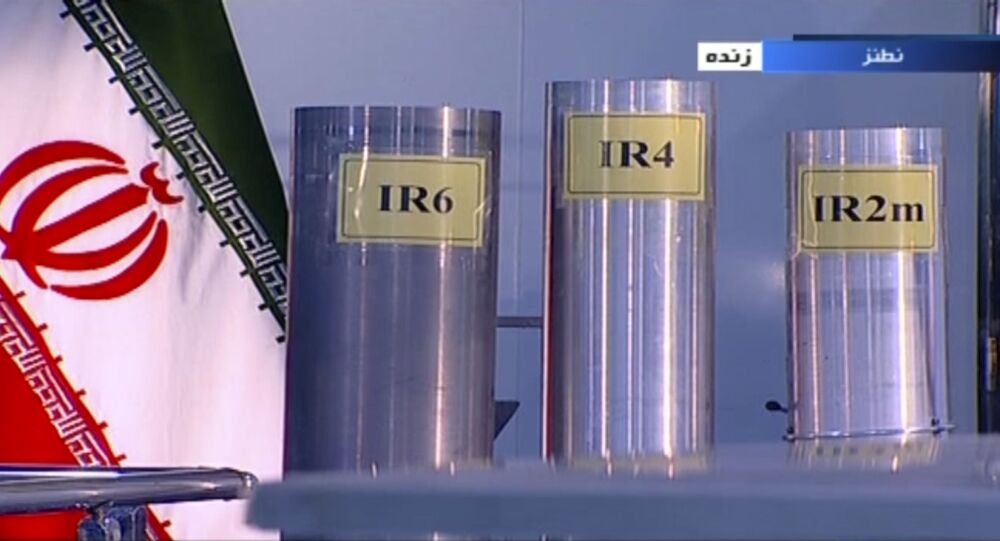 The former spymaster previously said that Israel is ready to eliminate individuals who "constitute a capability that endangers the citizens of Israel".

Shahrokh Nazemi, a spokesman for Iran's mission to the United Nations, accused Israel of "criminal sabotage" for attacking nuclear facilities across the country.

"This lawlessness has reached a point when the former official of this regime is shamelessly and blatantly threatening our nuclear scientists with death", Nazemi said. "This madness must not be tolerated".

© AFP 2021 / GALI TIBBON
A file picture taken at the Israeli foreign ministry on October 15, 2015, shows Prime Minister Benjamin Netanyahu (L) sitting next to Yossi Cohen, who is currently the head of Israel's National Security Council, and who was named as the 12th head of the Mossad intelligence agency by Netanyahu on December 7, 2015.

At the same time, Tehran's Ambassador to the International Atomic Energy Agency (IAEA) Kazem Gharibabadi stressed that attacks by Israel "not only will be responded to decisively but also certainly leave no option for Iran but to reconsider its transparency measures and cooperation policy".

The statements come after Cohen detailed a reported 2018 Mossad operation, in which agents ostensibly infiltrated an Iranian nuclear compound and opened 32 safes allegedly containing secret Iranian documents. The documents, purportedly taken by the operatives, were later presented by Prime Minister Benjamin Netanyahu in April as "proof" of the Islamic Republic's plans to create nuclear weapons. Iran has consistently denied the Israeli claims that it seeks to obtain weapons of mass destruction.

Multiple media reports have suggested that Mossad was behind the killing of top Iranian nuclear scientist Mohsen Fakhrizadeh in late November 2020. According to The Jewish Chronicle, citing unnamed intelligence sources, "the high-tech hit" was orchestrated by a spy team of more than 20 agents, including Israeli and Iranian citizens, who conducted an ambush on Fakhrizadeh following a protracted and "meticulous" surveillance operation.

The team's members reportedly used a state-of-the-art remote-controlled gun, which featured a small-sized bomb to allow the high-precision gun to self-destruct.

The sources claimed the weapon was so accurate that neither Fakhrizadeh's wife nor any of his security team were harmed in the attack, which saw a volley of 13 bullets mutilate the scientist.