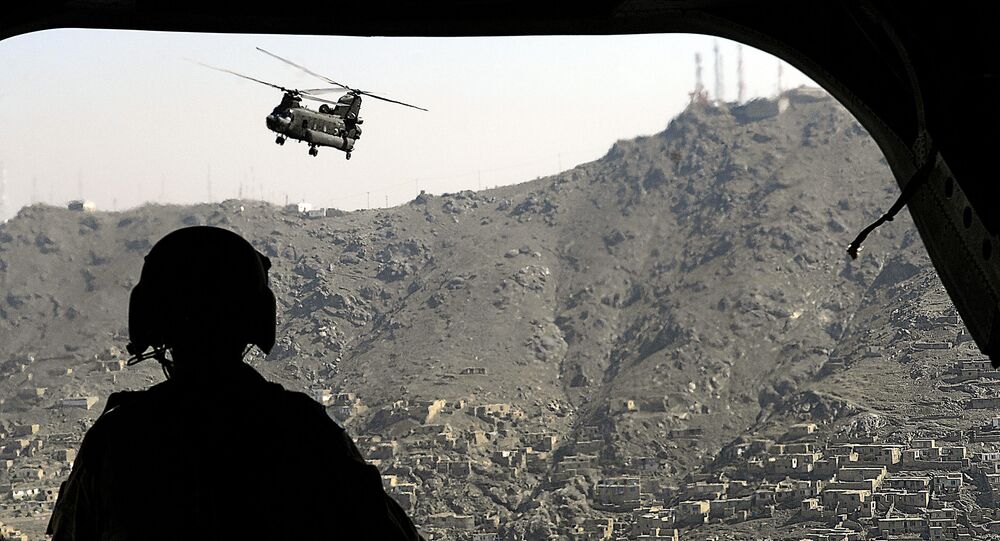 The Biden administration's top officials had previously stated that once US soldiers departed Afghanistan, air support would be phased out as well, with the exception of strikes against terrorist groups posing a threat to US interests.

The US Pentagon is considering asking authorization for airstrikes to support Afghan security forces if Taliban militants threaten to seize Afghanistan's capital city of Kabul or another major city in the country, the New York Times reported on Wednesday, citing senior officials.

According to the report, the military authorities are actively talking over how they will respond if the hasty pullout has significant national security ramifications. Officials reportedly said that no decisions had been taken yet.

Nevertheless, one of the options being considered is recommending that US bombers or armed drones engage in the case of an extreme crisis, such as the possibility of the Taliban taking Kabul, or a siege putting American and its allies' embassies and citizens in danger.

Any additional airstrikes would reportedly need to be approved by the president in person. Although the sources said that such air assistance would be difficult to maintain over time due to the massive logistical effort that would be required in light of the US military pullout.

© REUTERS / MOHAMMAD ISMAIL
An Afghan National Army soldier sits on a back of an army vehicle at a checkpoint on the outskirts of Kabul, Afghanistan April 21, 2021.

Hence, by next month, the US will have decommissioned all of its airbases in Afghanistan, and any airstrikes will have to be launched from locations in the Persian Gulf.

According to the newspaper, the collapse of Kabul is indeed the situation most likely to prompt military action after US soldiers leave. But intervening in the conflict to protect Kandahar, Afghanistan's second-largest city, would reportedly be significantly less certain.

In recent months, Taliban forces have increased their military presence and activities near a number of other metropolitan centers around the country.

© AP Photo / Rahmat Gul
Afghan Army Outposts Rapidly Giving Way to Taliban as US Withdrawal Continues
The New York Times stated that such discussions within the military's top circles could be an indicator of the concerns in the US about the military and political survival of the Afghan government, which reportedly tempered the attempts of Biden's predecessors to withdraw all troops from the country.

Among other issues of grave concern are how US soldiers will carry out counterterrorism missions to prevent terrorist groups from re-establishing a presence in Afghanistan, as well as how Western contractors will continue to support the Afghan military.

The US military command reportedly does not exclude at all that the resistance of the Afghan army will break, should its commanders and air forces falter. But the US will not offer further air support to Afghan forces in rural areas, many of which are already under Taliban control, nor it will support government outposts already under siege across the country.

The Afghan military, which was built, trained, and supplied in the image of the American military, is expected to begin defending the country on its own by early July, with the Pentagon reportedly aiming to complete the withdrawal of American forces by that date.

In April, President Biden announced that by September 11, the 20th anniversary of the deadly 9/11 2001 attacks, the US will withdraw all of the troops from Afghanistan in full coordination with its allies. This news came after the United States and representatives of the radical Taliban movement signed the first peace agreement in more than 18 years of war in the Qatari capital.

It provides for the withdrawal of foreign troops from the Middle Eastern state in 14 months and the beginning of an inter-Afghan dialogue after the exchange of prisoners.

The US war in Afghanistan began in October 2001 with Operation Enduring Freedom during the Bush administration's tenure, and currently is the country's longest war of the twenty-first century, spanning four presidential administrations. With the number of US soldiers in the war-torn country increasing to 100,000 in 2010, the Democrat Obama administration continued the general approach of his predecessor.

The administration of former President Donald Trump had tried to put an end to "endless wars," particularly in Afghanistan, as the conflict has resulted in the deaths of nearly 2,300 US personnel, the deaths and injuries of hundreds of thousands of Afghans, and massive military spending totaling over $2 trillion.

The initial withdrawal end date specified in the US-Taliban peace agreement was set on May 1, but the incumbent Biden administration moved the date to September due to the fact that it was reviewing the policy and the measures necessary for a complete withdrawal, assessing that the deadline could not have been met.