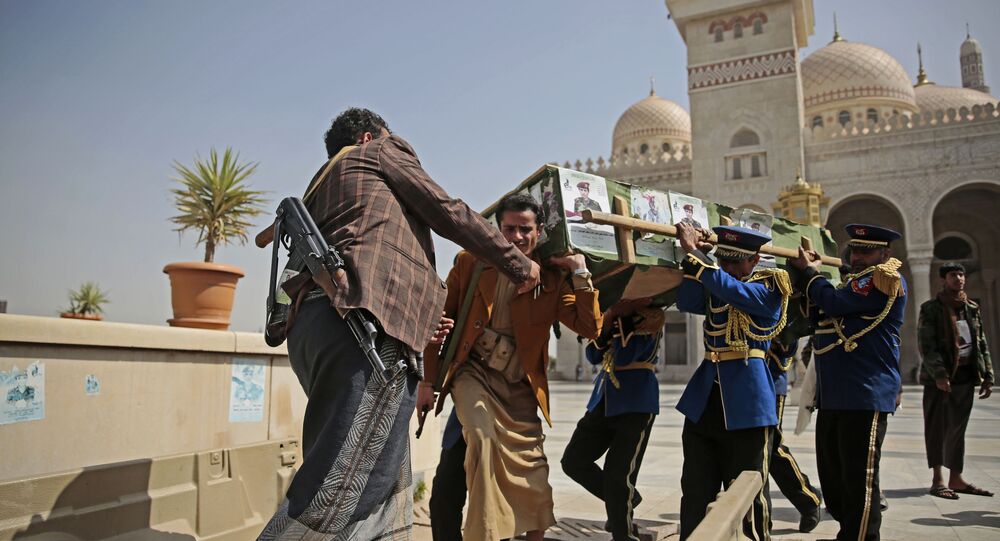 Mohammed Ali al-Houthi, a leader of the powerful Houthi clan that is the backbone of the Ansar Allah movement and the Sanaa-based government that it supports, said the clan welcomes an independent investigation into civilian casualties.

The Houthis denied claims by Hadi's Saudi-backed rival government in the port city of Aden that the missile landed near a petrol station in Marib City, killing 17 people, including civilians and troops.

© REUTERS / ALI OWIDHA
At Least 14 Reportedly Killed in Houthi Missile Strike on Gas Station in Yemen's Marib
Mohammed Ali al-Houthi, a leader of the powerful Houthi clan that backs the Shura Council government based in the Yemeni capital of Sanaa, said the militants welcome an independent investigation into civilian casualties.

The Iran-supported Houthis have been steadily gaining ground from the Saudi-backed forces in Marib for months, threatening to again take the provincial capital.

Saudi Arabia, with US logistical support, and a military coalition of regional states joined the Yemen civil war under the invitation of the Yemen's president-in-exile, Abd-Rabbu Mansour Hadi, in 2015, in an attempt to force the reinstatement of Hadi to the presidency following a hotly-contested election in the Middle East's poorest nation.