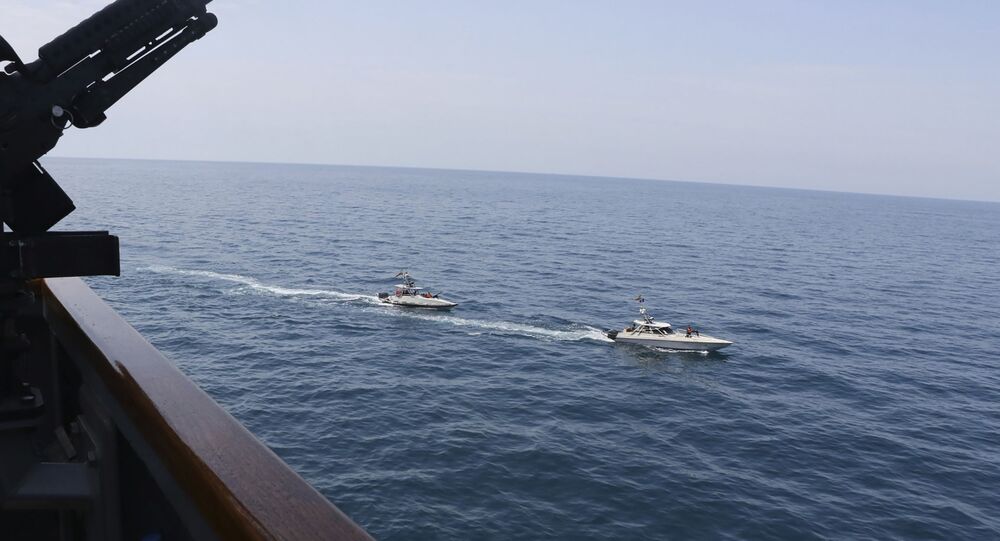 According to the Fars news agency, it was an Iranian Navy support vessel that caught fire after departing for a training mission in open waters a few days ago.

An auxiliary vessel of the Iranian navy sank in the Gulf of Oman after catching fire, Mehr news agency reported on Wednesday, citing statements by the navy.

After the blaze began, the crew left the vessel and moved to the nearby port of Jask in Iran's south. Firefighters did not manage to extinguish the fire, but the incident did not result in any fatalities.

The cause of the fire was not specified in the report, with Fars only mentioning that the fire erupted "in one of the systems".

The fire did not result in any casualties, according to the report.

The incident occurred when the vessel was in the area near the port city of Jask, located in the southern part of Iran. Several days ago the ship reportedly left for a training mission in the open waters of the Persian Gulf.