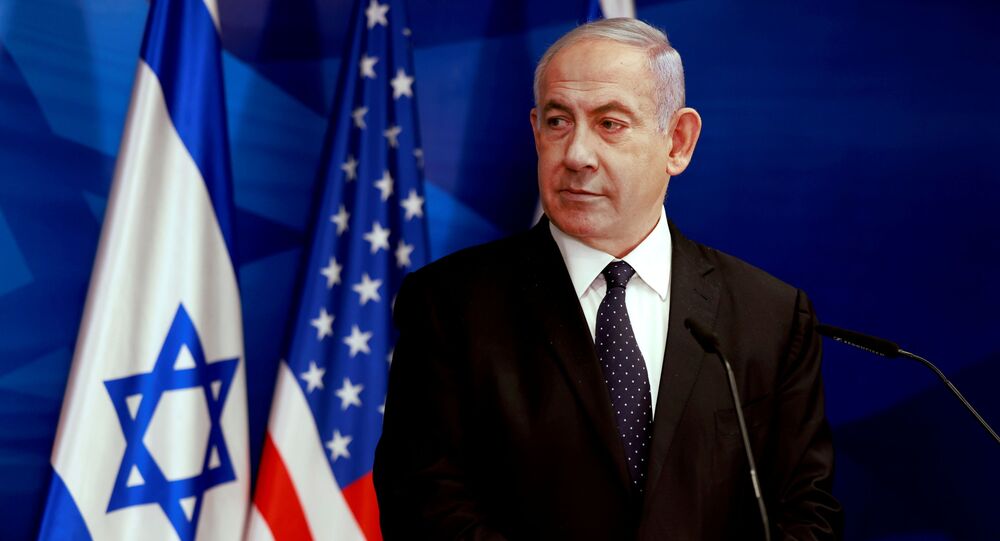 US President Joe Biden has promised to return to the Iran Nuclear Deal but Israeli Prime Minister Benjamin Netanyahu insists there “must be no return to the previous nuclear agreement.”

Israeli Prime Minister Benjamin Netanyahu says he believes there's no bigger threat to the country than “the existential threat posed by Iran's attempts to arm itself with nuclear weapons,” reports Haaretz.

“Whether it is threatening us directly with extermination as a small and concentrated state with atomic weapons, or threatening us with tens of thousands of missiles backed with the threat of nuclear deterrence, it is a threat that threatens the continuation of the Zionist enterprise, and we must fight against this threat to no end,” Netanyahu said.

Speaking at a ceremony for incoming Mossad chief David Barnea on Tuesday, Netanyahu went so far as to acknowledge that he would rather fall out with the United States than see a “nuclear-armed Iran.”

“I’ve told this to my friend for 40 years, [US President] Joe Biden, and I said to him, ‘With or without a deal, we will continue to do everything in our power to thwart the armament of Iran with nuclear weapons,'” said Netanyahu.

In reference to the ongoing Vienna negotiations aimed at restoring the JCPOA agreement, otherwise known as the Iran Nuclear Deal, to its original form, which Biden vowed after taking office, Netanyahu added:

He emphasised that Israel must "do everything, I mean everything, in order to ensure that Iran does not acquire a nuclear weapon under any circumstance." The Israeli leader also called for covert operations against Iran to continue.

In response to Netanyahu's statement, Defence Minister Benny Gantz said that while "Iran constitutes a threat on the regional stability and world peace," any "disagreements [between Israel and the U.S.] will be solved using a direct private dialogue and not by provocations, which might hurt Israel's security."

Netanyahu has been open about his intention to thwart Washington rejoining the JCPOA agreement – one of Joe Biden’s main foreign-policy promises.

“There should be no return to the Iran nuclear agreement of 2015 – a deal which is flawed to its foundations,” stated Netanyahu earlier.

Vienna has been hosting the fifth round of the negotiations on the JCPOA with Iran in a bid to restore the agreement to its original form. After the fourth round of negotiations ended in mid-May, sides expressed cautious optimism that an agreement was close to being reached.

Three working groups have been created; two working on lifting US sanctions and nuclear issues, while the third is looking into the sequence of steps necessary to restore the nuclear deal. The JCPOA, agreed in 2015, was unilaterally abandoned by Washington in 2018, with the US reimposing sanctions on Tehran.

Iran maintains that its nuclear programme remains peaceful and that it has no intention to produce nuclear weapons. However, following the ex-President Donald Trump abandoning the deal, Tehran announced that it would suspend its compliance with the JCPOA.

Tehran gradually began enriching uranium to 20 percent, beyond the 3.67 percent level set by the agreement.

According to the IAEA, Iran's stock of enriched uranium is estimated to be some 3,241 kg as of 22 May. This far exceeds the 202.8 kg limit set by the JCPOA.

Iran, US 'May Be Nearing' Nuclear Deal as Vienna Talks Continue Amid 'Flurry of Diplomatic Contacts'

Fifth Round of JCPOA Talks Underway in Vienna, No Plans for Next One, Russian Envoy Says

Blinken to Central America; US Out of Open Skies Treaty; Israel Says 'No' to US in Iran Deal