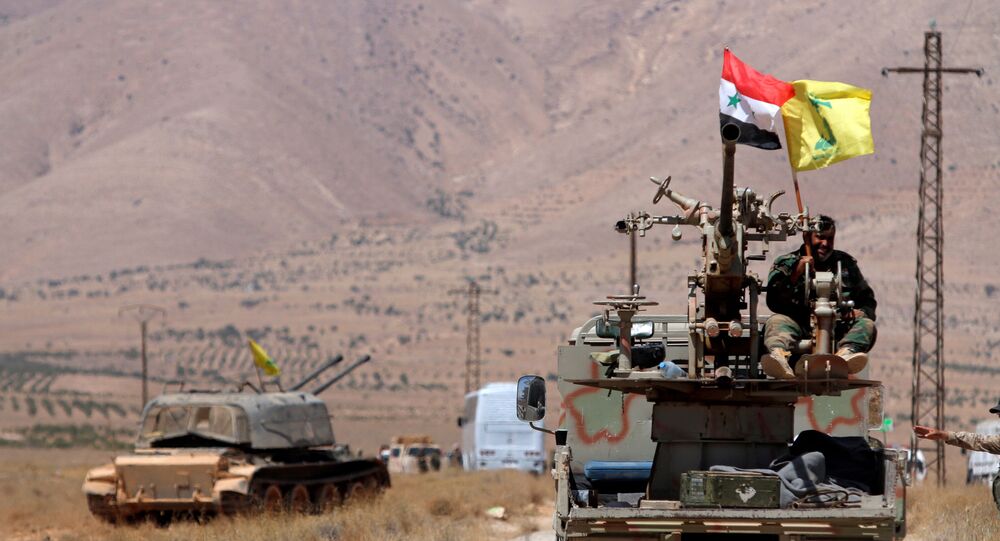 Tehran earlier congratulated Assad on his victory in the second presidential election since the devastating civil war broke out in Syria in the wake of Arab Spring uprisings. Damascus has succeeded in regaining control over most of the country's territory, but militants still remain in the north of the Arab Republic.

Chief of Staff of the Iranian Armed Forces Major General Mohammad Hossein Baqeri has pledged Tehran's readiness to help Syria boost its defense power, provide assistance in the process of reconstruction and tackle other issues resulting from the fight against terrorists, Tasnim News reported.

In a message to Syrian President Bashar Assad on Saturday, Baqeri congratulated him on the recent victory in the presidential election. Assad earlier thanked the Syrian people for re-electing him, while also stressing that the next day would be the start of a new era of building Syria the way it should be.

Baqeri also assured the Syrian leader that the “strategic and friendly” cooperation between the armed forces of the two countries will only continue to grow.

In March, the Syrian Arab Republic marked the tragic 10-year anniversary since the civil war began in the country in 2011. As of 2021, the Syrian government has managed to restore control of the most territory previously besieged by armed rebel groups and terrorists, including the infamous Daesh*. Militants from Hayat Tahrir al-Sham (formerly known as Jabhat al-Nusra*) are still operating in the north-western province of Idlib.

According to UN Special Envoy for Syria Geir Pedersen, the military situation in the Arab Republic remained relatively calm with Russia helping lower tensions in the northeastern city of Qamishli, where clashes between Kurdish armed groups, which control most of the city, and pro-government forces occurred.

Over the past year, the Syrian state media have also reported numerous violations of its territory, which Damascus has blamed on the Israeli military, as many of them have come from the occupied Golan Heights (legally part of Syria). The Syrian government has repeatedly called on international bodies to condemn the Israeli strikes as violations of international law and Syria's sovereignty and territorial integrity.

According to Pedersen, Israel has launched more airstrikes into Quneitra, Latakia and Hama, while rockets were launched from southern Syria toward the occupied Golan Heights.

Tel-Aviv tends not to comment on the frequent reports of attacks on the Arab Republic. In December, however, IDF Chief of Staff Lt.-Gen. Aviv Kochavi did acknowledge Israel's responsibility for the strikes, saying they target the “Iranian entrenchment” in the country. He also claimed the Israeli military conducted roughly 500 operations - from airstrikes to clandestine operations - in “six areas” last year, but fell short of naming the countries apart from Syria.

Iran has denied its troops' presence in Syria, apart from military advisers.

*Daesh (also known as ISIS/ISIL/IS), Jabhat al-Nusra (also known as Al-Nusra Front, Jabhat Fatah al-Sham, or al-Qaeda in Syria) are terrorist organizations outlawed in Russia and many other states