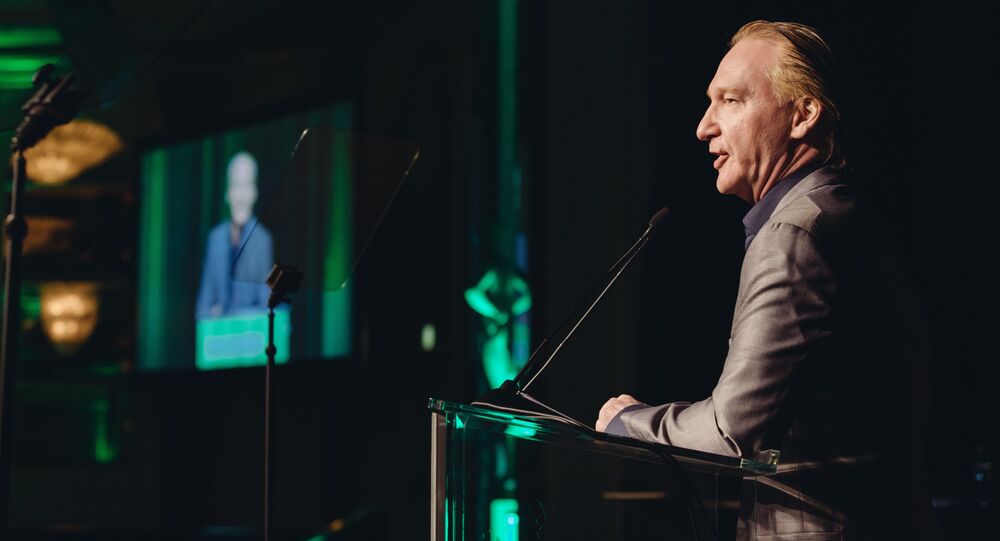 The comedian, known for his political satire, often comments on the Israeli-Palestinian conflict, noting that he is “more on the side of the Israelis”. During the 2014 Gaza War, he defended Israel’s military amid reports that the country’s forces committed war crimes.

TV Host Bill Maher has ripped the liberal media for its "one-sided" coverage of recent hostilities between Israel and Gaza-based Hamas militants. The 65-year-old said he was frustrated that no media outlet defended the actions of Israel.

"We've become this country now that we're kind of one-sided on this issue. Well, Gaza fired 4,000 rockets into Israel. What would you say Israel should have done instead of what they did? I mean, international lawyers are pretty clear that they have a right to defend themselves … but there is a sense that their response was probably a war crime because they did not sufficiently avoid civilian casualties," he said.

Maher then alleged that the disproportionately high number of civilian casualties on the Palestinian side was the result of Hamas putting rockets where civilians live. Maher then weighed in on the overall Israeli-Palestinian conflict, this time blaming progressives for supporting Palestinians.

"The two-state solution has been on the table a number of times. There could be an Arab capital in East Jerusalem now if Yasser Arafat had accepted that in 2003. He did not. I mean, they have rejected this and went to war time and time again."

It's amazing to me that the progressives think that they're being progressive by taking that side of it, the Bella Hadids of the world, these influencers. I just want to say in February of this year, a Hamas court ruled that an unmarried woman cannot travel in Gaza without the permission of a male guardian. Really? That's where the progressives are? Bella Hadid and her friends would run screaming to Tel Aviv if they had to live in Gaza for one day," the TV host said.

Recent Round of Hostilities

Earlier this month, the decades-old conflict between the two sides reignited, with the Palestinian militant group Hamas firing rockets at Israel, and the IDF retaliating with precision airstrikes. The hostilities started after Palestinians in Jerusalem clashed with Israeli police over restricted access to the al-Aqsa Mosque, Islam’s third-most revered site, and the potential eviction of Palestinian families from the Sheikh Jarrah district, where Jewish settlers have claimed ownership of the land.

Hamas issued an ultimatum to the Israeli authorities demanding that they withdraw their security forces from the al-Aqsa Mosque and the Sheikh Jarrah district. The group launched its rockets when Israel did not meet their demands.

Israel responded with its own airstrikes. According to Gaza health officials, as a result of the 11-day conflict, 254 Palestinians were killed, including more than 100 women and children; Israel has stated that it killed 225 Hamas militants. The militant group has not given a death toll for its fighters. In Israel, 13 people were killed during the rocket strikes, including two women.

Israel’s actions during hostilities were criticised by the international media and politicians. Celebrities, including supermodel Bella Hadid, singer Dua Lipa and actor Mark Ruffalo, also weighed in on the subject, denouncing what they described as Israel’s oppression and genocide. Their posts prompted a barrage of criticism against Israel on social media.