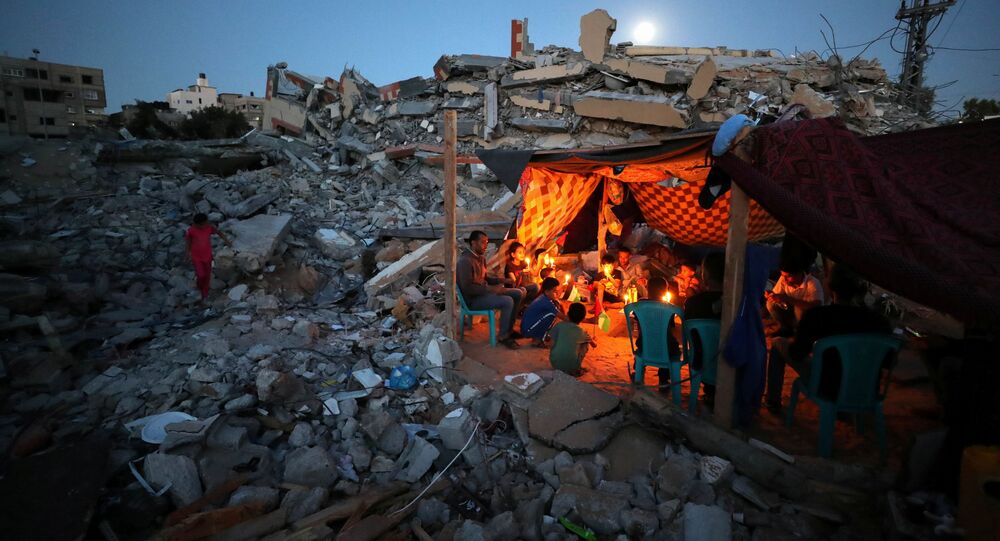 TEL AVIV (Sputnik) - Israel refuses to cooperate with the commission on Gaza and Israel, the creation of which is envisaged by a UN Human Rights Council resolution, and rejects the resolution itself, claiming that it acted in accordance with international law and ethical standards, the Israeli Foreign Ministry said in a statement.

Earlier in the day, the UN Human Rights Council passed a resolution calling for the creation of a commission of inquiry to investigate violations in the Gaza Strip and Israel.

"Israel rejects outright the resolution adopted today (Thursday, 27 May 2021) by the United Nations Human Rights Council, a body with a built-in anti-Israel majority, guided by hypocrisy and absurdity. Any resolution that fails to condemn the firing of over 4,300 rockets by a terror organization at Israeli civilians, or even to mention the terror organization Hamas, is nothing more than a moral failure and a stain on the international community and the UN," the statement says.

"Israel cannot and will not cooperate with such an investigation," the statement says.

"Today's shameful decision is yet another example of the UN Human Rights Council's blatant anti-Israel obsession. Once again, an immoral automatic majority at the Council whitewashes a genocidal terrorist organization that deliberately targets Israeli civilians while turning Gaza's civilians into human shields. This while depicting as the "guilty party" a democracy acting legitimately to protect its citizens from thousands of indiscriminate rocket attacks. This travesty makes a mockery of international law and encourages terrorists worldwide," Netanyahu said.

The resolution adopted on Thursday by the UN Human Rights Council, inter alia, calls for the urgent creation of a permanent independent international commission of inquiry, to be appointed by the president of the UN Human Rights Council, to investigate all alleged violations of international humanitarian law and all alleged violations and abuses of international human rights law in the Occupied Palestinian Territories, including East Jerusalem, and in Israel before and after April 13, 2021, as well as all root causes of recurring tension, instability and protracted conflict, including systematic discrimination and repression on the basis of national, ethnic, racial or religious affiliation.