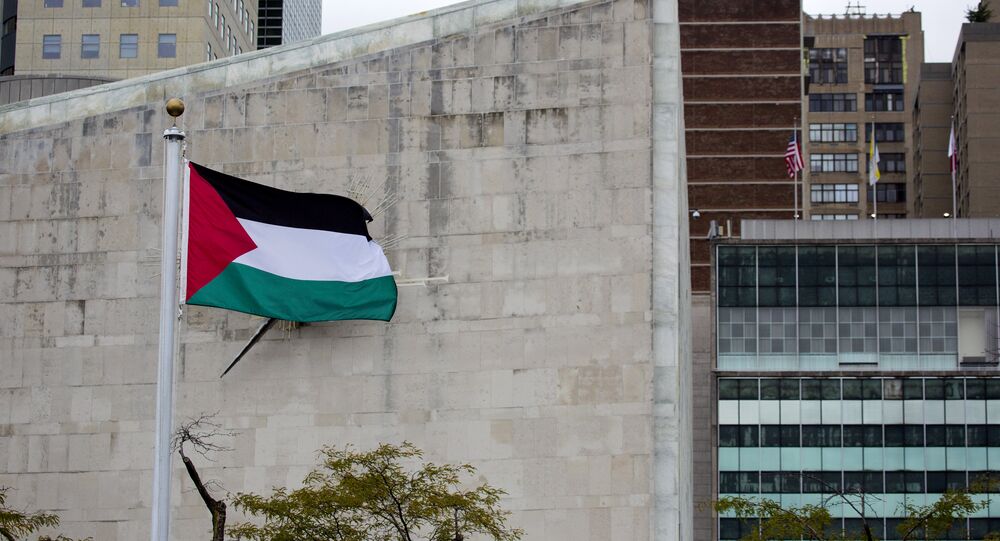 The European bloc is the Palestinian Authority's largest provider of aid, donating billions of dollars throughout the years. It has also been backing the Palestinians diplomatically, hoping that the leadership in Ramallah will adhere to democratic processes and hold a vote, the first in 15 years.

Only a month ago, the European Union was determined to send over its observers to supervise what would have been the first Palestinian legislative elections in 15 years.

But the decision to postpone the vote prompted the bloc to issue a statement that didn't hide its attitude on the issue.

"The decision to postpone the planned Palestinian elections... is deeply disappointing... we strongly encourage all Palestinian actors to resume efforts to build on the successful talks between the factions over recent months. A new date for elections should be set without delay", the statement read.

Slap Across the Face

Nidal Foqaha, director general of the Palestinian Peace Coalition-Geneva Initiative, was not taken aback by the bloc's criticism and he says he understands the EU's "frustration"..

"The EU expected that the Palestinian Authority would go ahead with the vote. They believed that a functioning parliament was needed, and they were willing to invest political and financial means for that to happen. When the elections were put off for an indefinite date, the bloc regarded it as a slap across the face".

That European frustration is understandable. Throughout the years, the EU has been extremely supportive of the Palestinians. It is considered to be their biggest external donor, pledging billions of dollars since 1994, when the PA was first created. And it has also been a reliable partner when it comes to diplomatic backing.

In return, the EU wanted to see the PA adhering to the principles of democracy and they wanted them to become more transparent when it came to money management and decision making processes.

That, however, did not always work. In 2013, for example, the EU accused the PA of wasting $2 billion in funds and of mismanaging the assistance they were given.

Years later, they have been blamed for instigating violence and for spreading the notions of terror and extremism in their textbooks, funded by the European bloc.

Now, the EU is doubting the Palestinian decision to postpone the vote. Ramallah's official stance stipulated that the participation of East Jerusalemites was a precondition for the elections to take place. But the reality on the ground was different.

Palestinian polls have long shown that the popularity of President Mahmoud Abbas and his party Fatah was sinking. They also indicated that Hamas could potentially win the vote in the West Bank, currently controlled by Fatah. Calling the elections off was allegedly a trick aimed at preventing the Islamic group from coming to power.

Obstacles on the Horizon?

With them being postponed, Palestinian relations with the EU will be tested and Foqaha is certain that obstacles might be on the horizon.

"Had we held these elections now, the situation would have been better. They would have been more committed to us politically and financially. Now, it will be more difficult for many European countries to explain to their parliaments why they need to extend help to the Palestinians, who failed to adhere to a democratic process".

Yet, the money will not stop flowing, believes the expert. The main reason for this is the dire economic situation of the Palestinian people. Even before the eruption of the coronavirus pandemic in March 2020 their economy was weak, now poverty and unemployment rates are skyrocketing.

© REUTERS / MOHAMAD TOROKMAN
A screen displaying a live broadcast of Palestinian President Mahmoud Abbas's speech during a meeting to discuss upcoming elections, is seen in a coffee shop in Ramallah in the Israeli-occupied West Bank April 29, 2021.

The outburst of the virus has only made the situation worse pushing many below the poverty line.

Foqaha says the EU is aware of the situation on the ground and is unlikely to implement sanctions against the PA not to make matters worse. But it will also push the Palestinians to take tough decisions and will insist that people head to the polls.

"We need to make sure that the cancelled vote will be rescheduled. And, most importantly, we need to hold those elections that will first and foremost benefit the Palestinian people. We need to establish a new government that will be accepted by our own people and the international community. Only that can satisfy the Europeans".