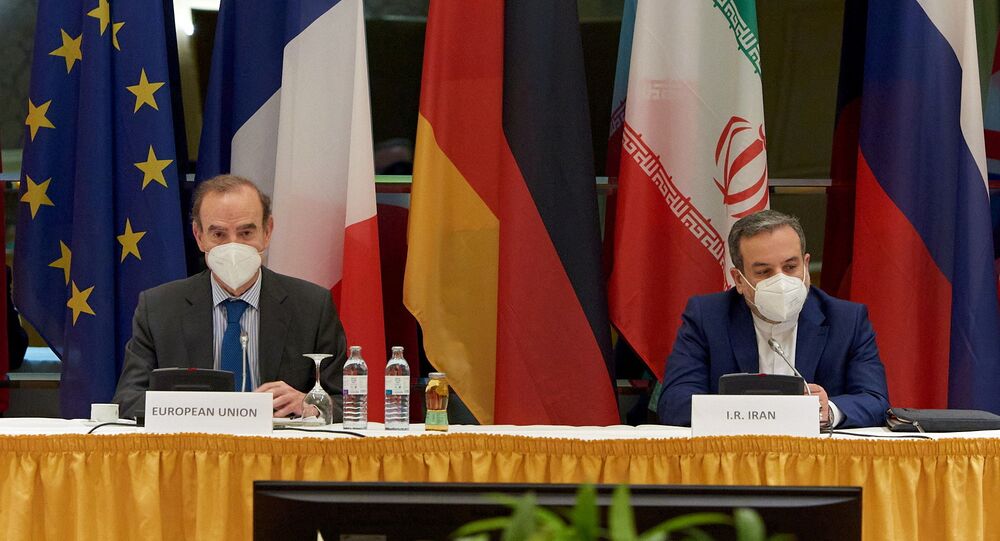 MOSCOW (Sputnik) - Iran said that its decision to extend the three-month agreement with the International Atomic Energy Agency (IAEA) for an additional month is a sign of goodwill and shows readiness to work on the restoration of the nuclear deal if the US lifts its sanctions, Iran's state-run IRNA news agency reported on Tuesday.

In late February, Iran agreed to allow the IAEA to keep cameras installed in its nuclear facilities for three more months, with the caveat that the footage would be handed over only after the US lifts its sanctions. The deadline expired on Monday.

Despite the fact that the US sanctions are still in place, Iran extended the agreement by one more month to give diplomacy a chance, government spokesman Ali Rabiei was cited by IRNA as saying. He noted that the decision was made after Iran's Supreme National Security Council concluded that the negotiations with the agency and the Vienna talks were making progress.

"This opportunity is limited and we do not intend to tolerate the erosion of the negotiations according to the instructions of the Supreme Leader," Rabiei was quoted as saying by state media.

However, the Iranian side has expressed cautious optimism regarding the JCPOA negotiations as, according to Rabiei, only minor issues are left to resolve, IRNA said.

"General understandings have been reached on the main differences and we have agreed on the lifting of sanctions in most cases," Rabiei was cited as saying by the news agency.

The talks on the Iranian nuclear deal began in Vienna in April. Three working commissions are currently negotiating the lifting of sanctions, and the return of Tehran and Washington to the deal. They were expected to wrap up talks by the end of May.

The JCPOA was signed in 2015 by Iran, China, France, Germany, Russia, the UK, the US and the EU, stipulating the removal of international sanctions from Tehran in exchange for it scaling down its nuclear program. However, in 2018, the Trump administration unilaterally withdrew from the deal and reimposed sanctions on Iran. Tehran responded by gradually abandoning its own commitments toward complete withdrawal unless sanctions are lifted.